Typhoon Hagibis slammed into Japan and affected millions of people.

Some matches in the ongoing Rugby World Cup inevitably got cancelled or risked not happening.

Canada's match with Namibia in Kamishi city was one that got cancelled, unfortunately.

However, the Canadian team, unlike the Scots, was more gracious and did not make a fuss about being denied a match in the midst of the worst storm to hit Japan in 60 years.

The Canadian rugby players instead lent their strength to the people in Kamishi, as they contributed to the clean-up efforts.

The players were spotted helping to scoop up mud and slurry from the road in the typhoon's aftermath.

Here's a video of them in action:

The kind gesture of the Canadians also won praises from the Internet: 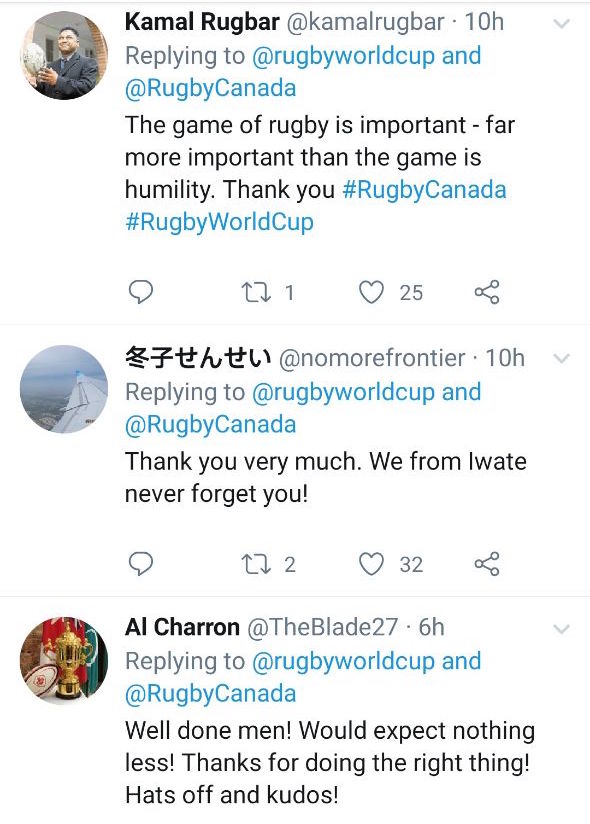 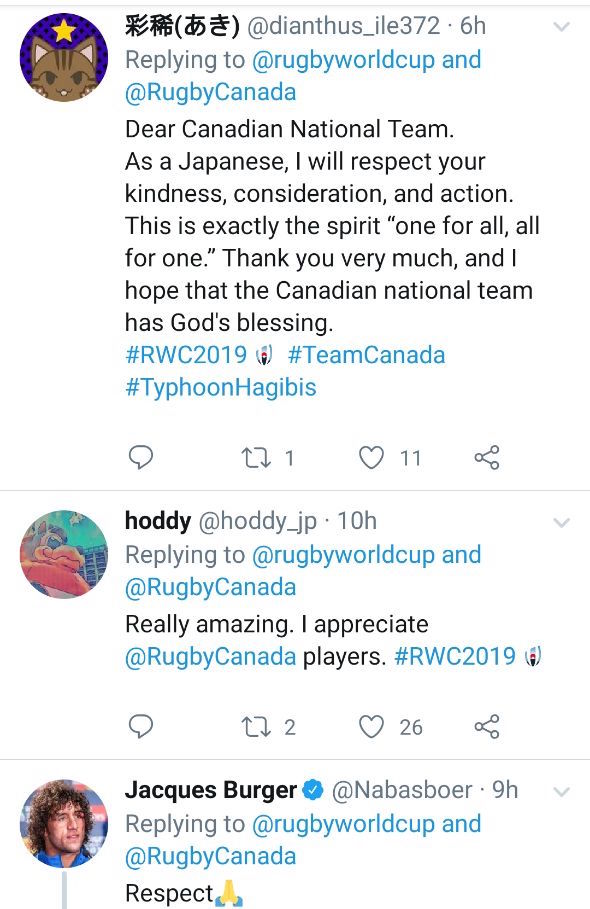 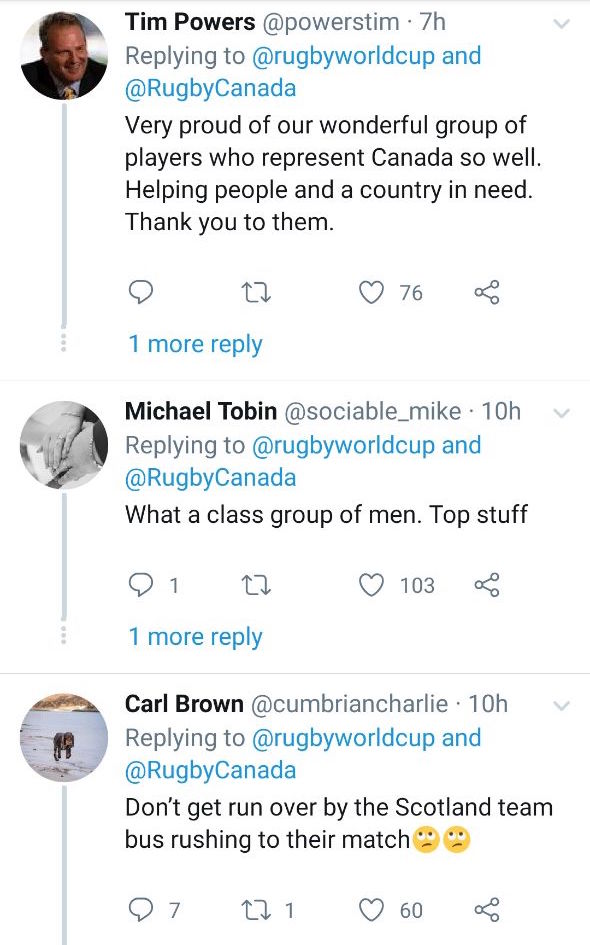 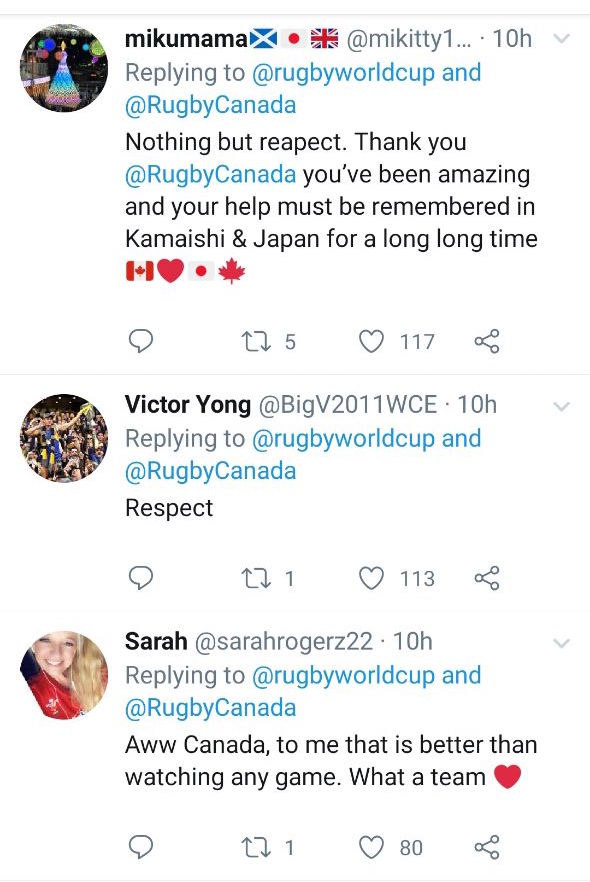 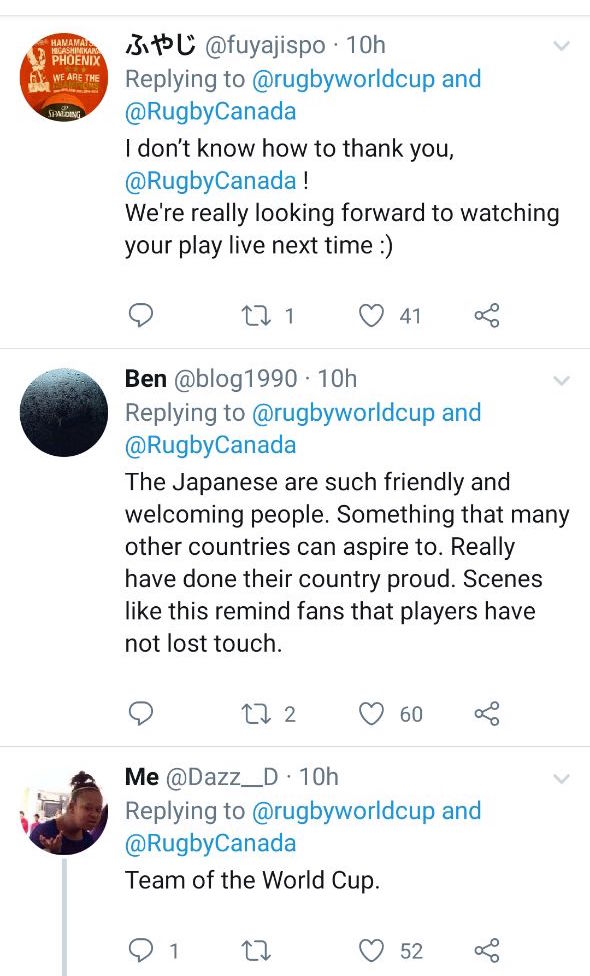