Diniy Qurratuaini, 15, witnessed an accident as the bus she was travelling in knocked a pedestrian.

The accident was along New Upper Changi Road and the pedestrian was unconscious as a result of the collision.

15-year-old administered CPR to save life

According to the Facebook post by the Singapore Civil Defence Force (SCDF) on Sep. 4, Diniy took control of the situation.

She asked a passenger to call 995 immediately while she attended to the collapsed woman.

She found that the woman had no pulse and was not breathing. She performed cardiopulmonary resuscitation (CPR) on her without hesitation.

Fortunately, after a few cycles of CPR, the woman regained consciousness.

Diniy stayed by her side until SCDF emergency responders arrived.

A quick-thinking and selfless act

Following the incident, Diniy said that she only "realised the magnitude of the situation" upon reflection after reaching home and speaking to her parents about it.

She also thanked NCDCC for the useful life skills that she can use for such emergencies.

SCDF praised Diniy in the post for being 'quick thinking and selfless'.

Her act of bravery was also lauded by netizens: 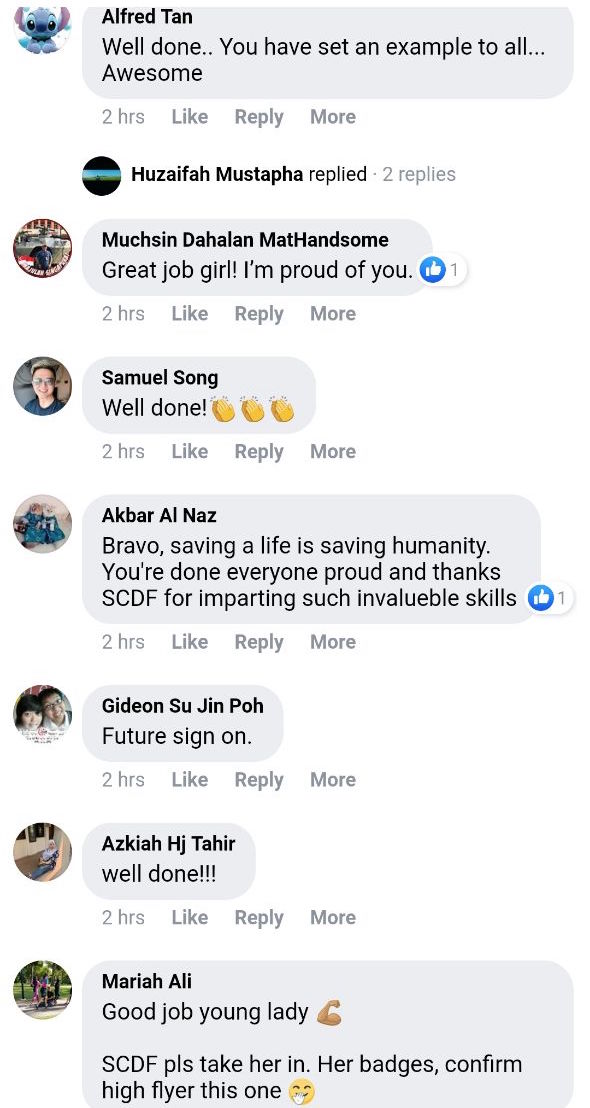 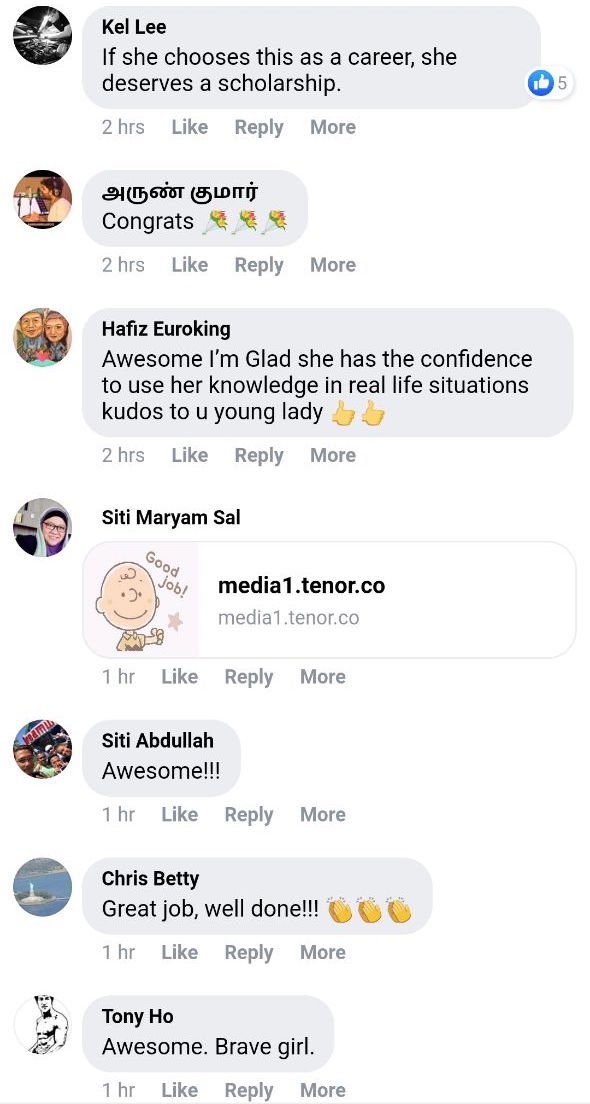