A food delivery rider was given the ride of his life on his personal mobility device recently after he very likely braked a little too hard and crashed headfirst into the side of a car exiting a minor road.

A video of the incident was uploaded by SG Road Vigilante - SGRV:

The PMD rider appeared to have been riding fast but reacted in time by braking hard while travelling on the footpath as the car emerged and blocked his way.

It is difficult to ascertain from the video if the PMD rider was wearing a helmet.

But it appeared the rider had a helmet on as a black object could be seen falling onto the road after the impact. 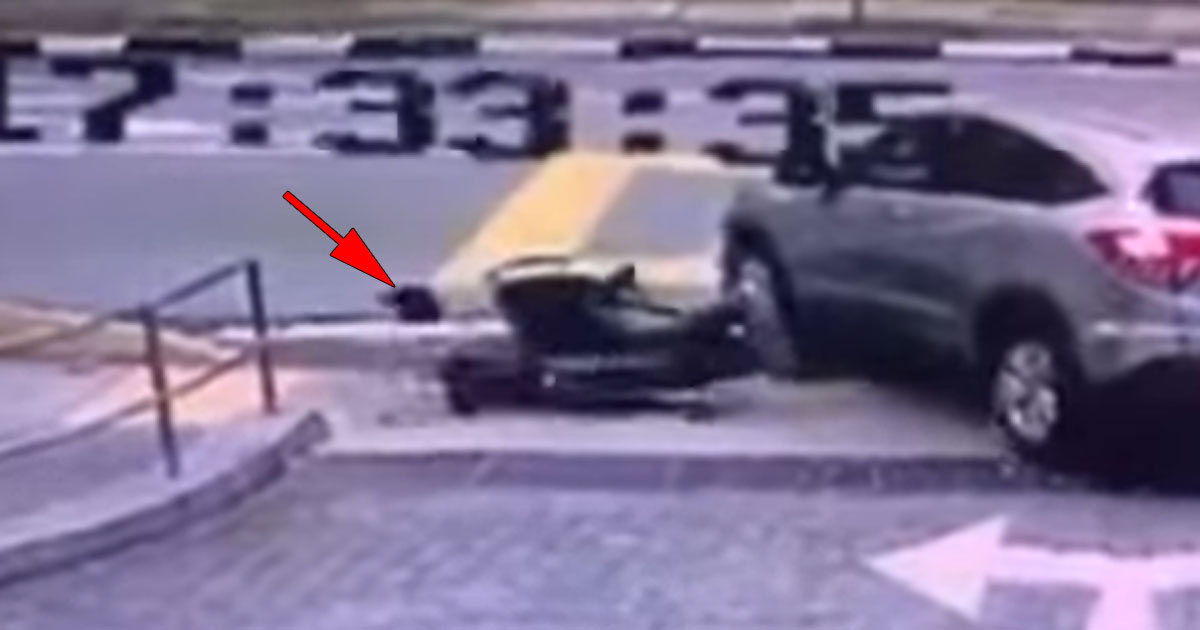 Why did the PMD rider fly forward?

The Singapore government confirmed in August 2018 that it accepted all recommendations proposed by the Active Mobility Advisory Panel.

One of the recommendations then was to cut travelling speed of PMDs on footpaths from 15kmh to 10kmh.

One side effect of braking hard at much higher speeds with limited braking distance would perhaps see the rider being thrown forward, especially if the brakes are applied mostly on the front wheel more than the back wheel of a bicycle-like device.

Speeding PMDs have been making the news recently as a result of high-profile accidents with other footpath users that have led to severe injuries.

A 65-year-old cyclist is in critical condition after colliding with an e-scooter rider, 20, in Bedok North.

Previously a 53-year-old woman fractured her skull and needed 30 stitches after a PMD rider startled her.