According to Lianhe Zaobao, the man had fallen five storeys, from the third floor to the second basement level of the shopping centre.

The Singapore Civil Defence Force (SCDF) was alerted to the incident at 2:06pm on Sunday, July 14. Police were contacted shortly after.

According to a police spokesperson, the man was found unconscious and was rushed to Tan Tock Seng Hospital, but he eventually succumbed to his injuries.

Pictures circulated on social media and a Hardwarezone forum thread showed blood at the scene, where the man's body had purportedly landed. 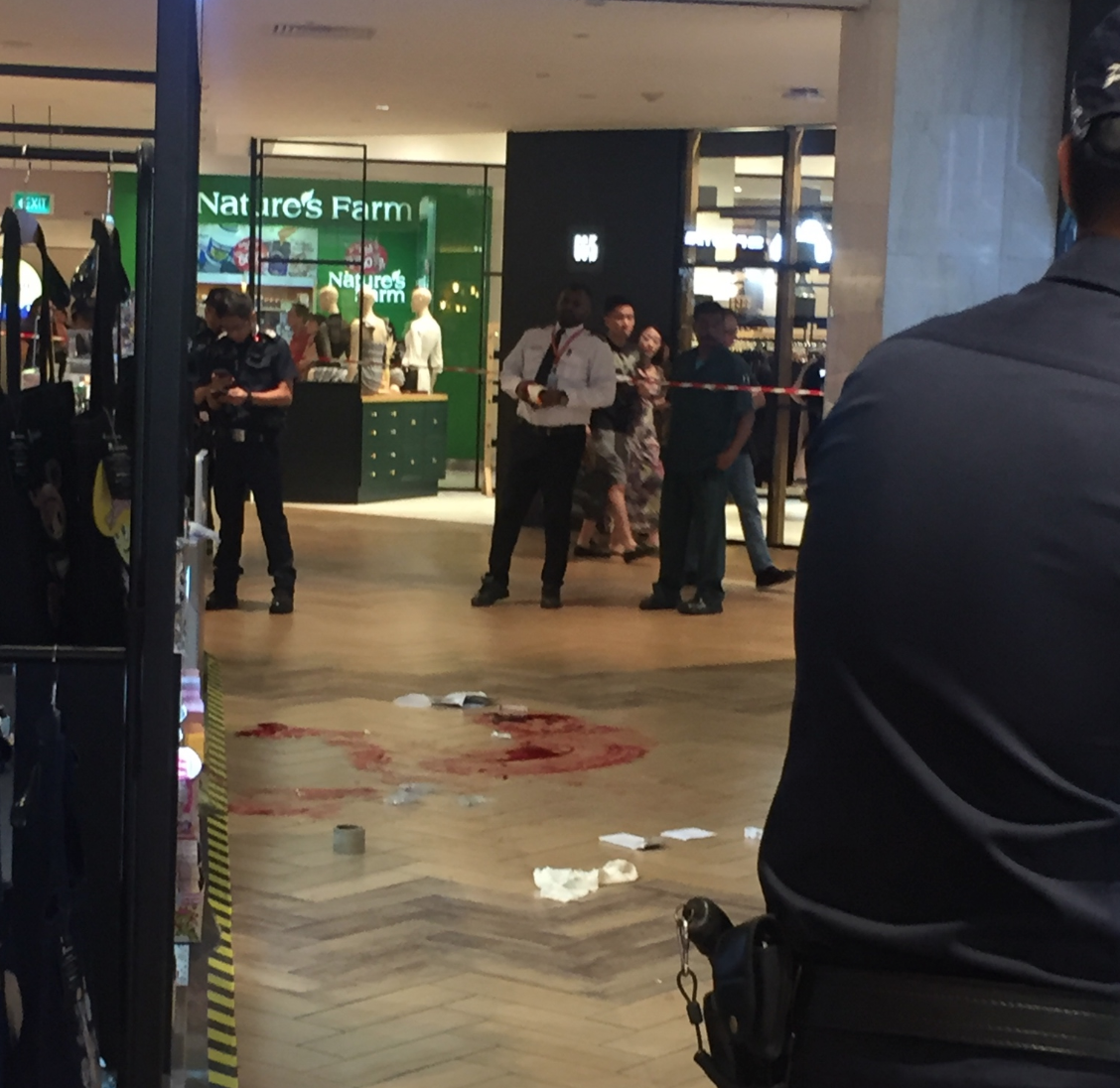 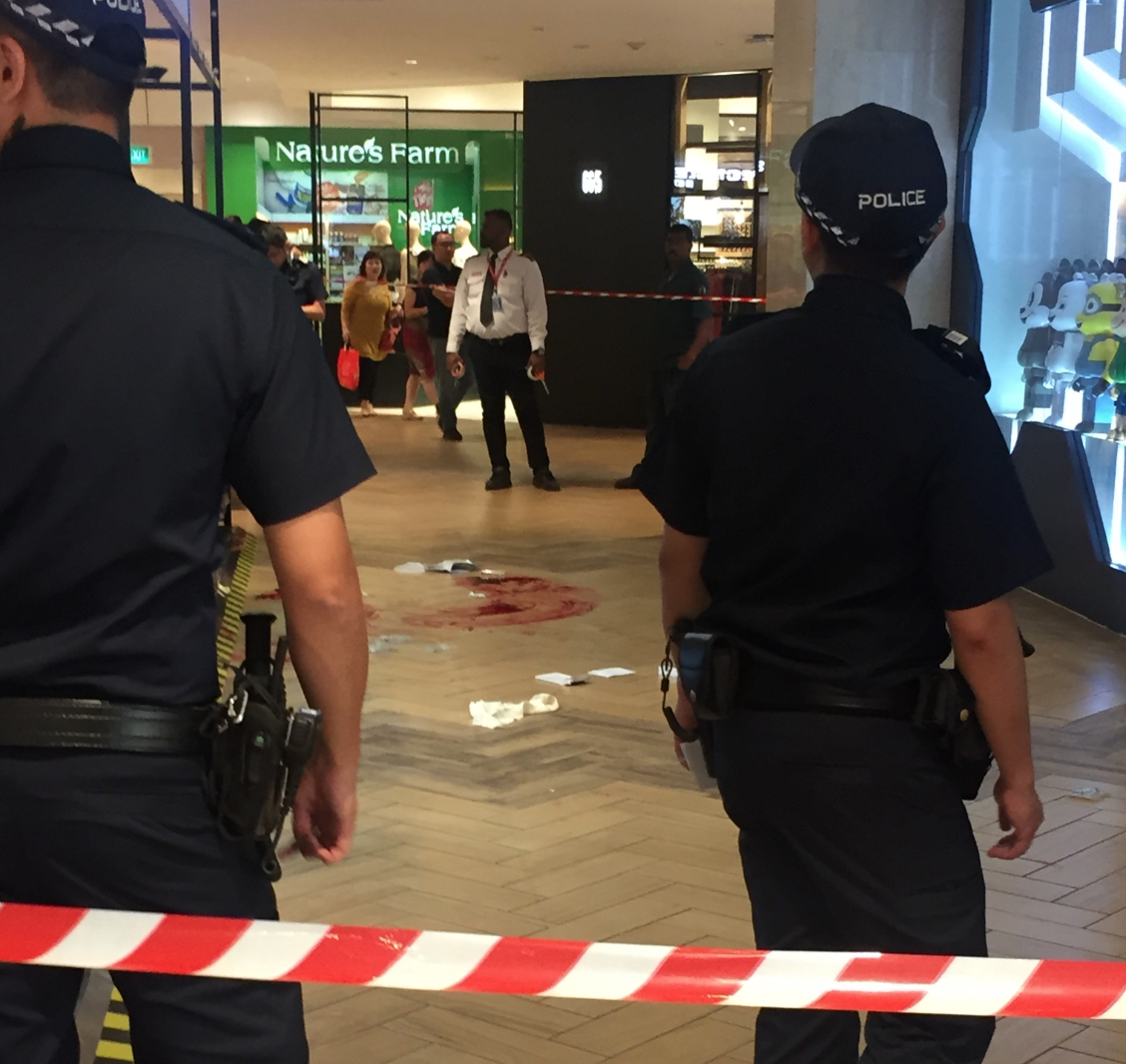 One of the photos on HWZ also showed the man lying on the ground, dressed in blue.

A Twitter user, Andi Adhyaksa, said the goriness of the sight made him feel nauseous.

A Reddit user also claimed to have seen paramedics attempting to resuscitate the man.

When contacted, a spokesperson for SCDF stated:

"SCDF was alerted to an incident at 391 Orchard Road, at about 2:06pm. One person was conveyed to Tan Tock Seng Hospital."