On May 5, 2019, Vicky Faith posted a photograph chronicling her father's time as a bus driver through his SBS Transit employee cards over the years, from when he was first employed in the company 37 years ago till now. 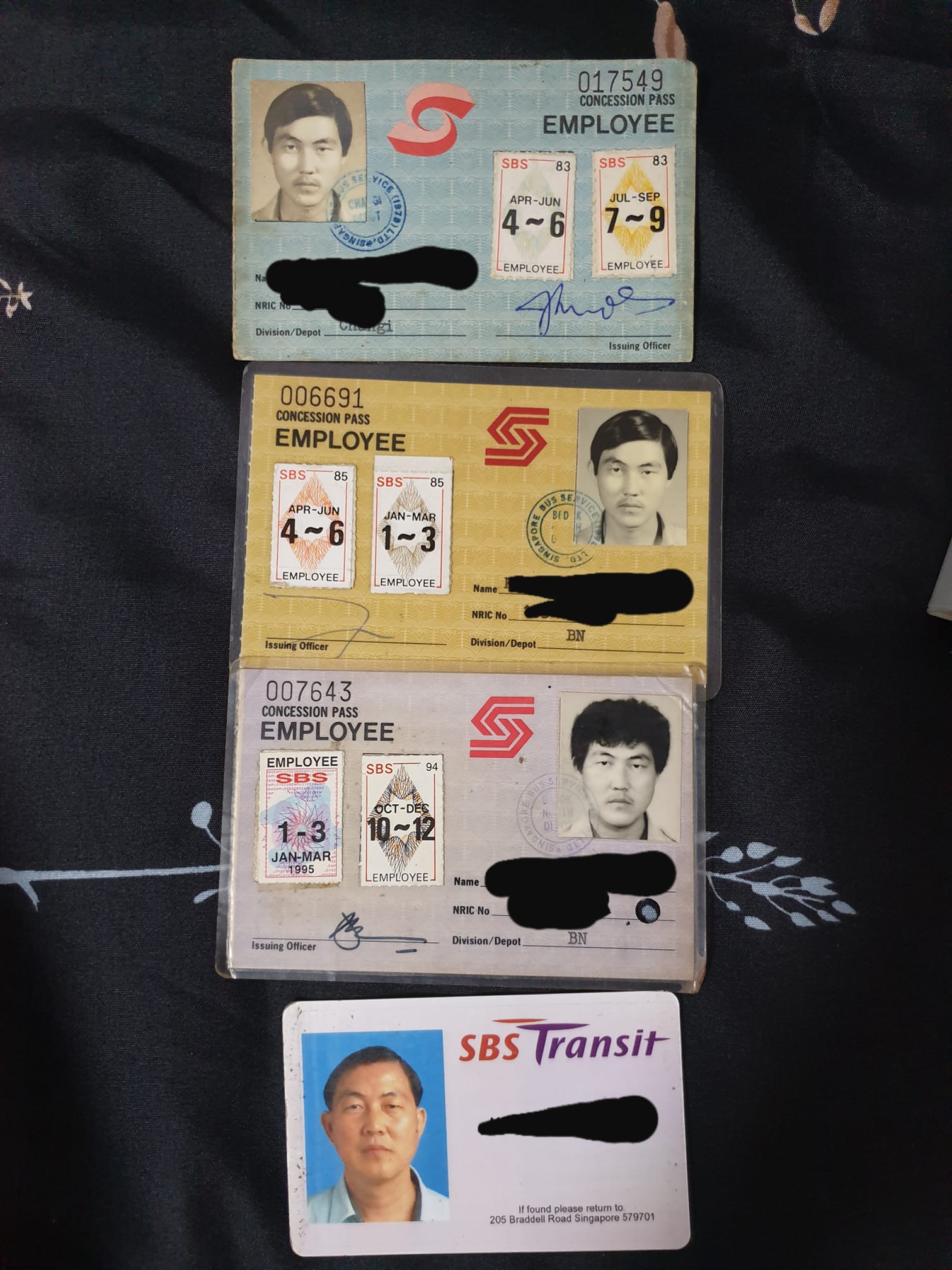 Along with the photo, she wrote:

My dad proudly took out his SBS Transit employee card for past 37 years... Obviously I am too young to even recognise the logo on the first card.

And he is still a proud SBS driver who greets passengers who board his bus.

Responding to queries by Mothership, Vicky shared a little more about her father and some of the reasons why he has stayed on in the job for so many years.

Passion for driving and serving others

Vicky's father - who declines to be named - decided to join SBS Transit in 1982 as he enjoyed driving and serving people.

He also loved the feeling of being in charge of a bus as he didn't want an office job that would require him to face a boss all the time.

When he first started driving, he drove bus service no. 3 towards Jurong East.

He then changed to bus service no. 8 in 1990, and has been driving that bus service ever since.

Over the years, Vicky's father enjoyed adapting, changing and growing along with the company and the new technology implemented with his job.

The most memorable part of his job has been getting to witness his regular commuters growing up, getting married, and even becoming parents.

Strong sense of pride for his work

Despite being 61 years old this year, Vicky's father wants to work as a bus driver for as long as he can and has no intentions of retiring anytime soon.

Whenever he makes a mistake such as driving off only to realise that someone was running for his bus, he would feel regretful and share these incidents with his family.

However, Vicky's father is also very pleased when commuters show their appreciation for him. In 2015, a commuter drew a card for him, which Vicky then shared about in a Facebook post. Most people might not get to witness first-hand how hard bus drivers work, and may therefore focus more on their shortcomings, like when the buses do not arrive on time.

As a bus driver, Vicky's father constantly needs to adjust his sleeping hours in order to stay alert and ensure commuters' safety while on the roads.

As a result, he seeks the understanding of commuters for any mistakes he might have unknowingly made in the past.

Likewise, Vicky's father hopes that more people would take the initiative to write in to the company to share any good experiences they might have with bus drivers, as it would give them more motivation to better do their job.

Maybe can steam fish with this and make gr8 ginger recipes.

What do you do when you're told that your days are numbered. And you are only in your twenties.

Hit (on) your friends at a human whack-a-mole here.