Tributes have poured in for a Potong Pasir community cat after she died on May 22, 2019. 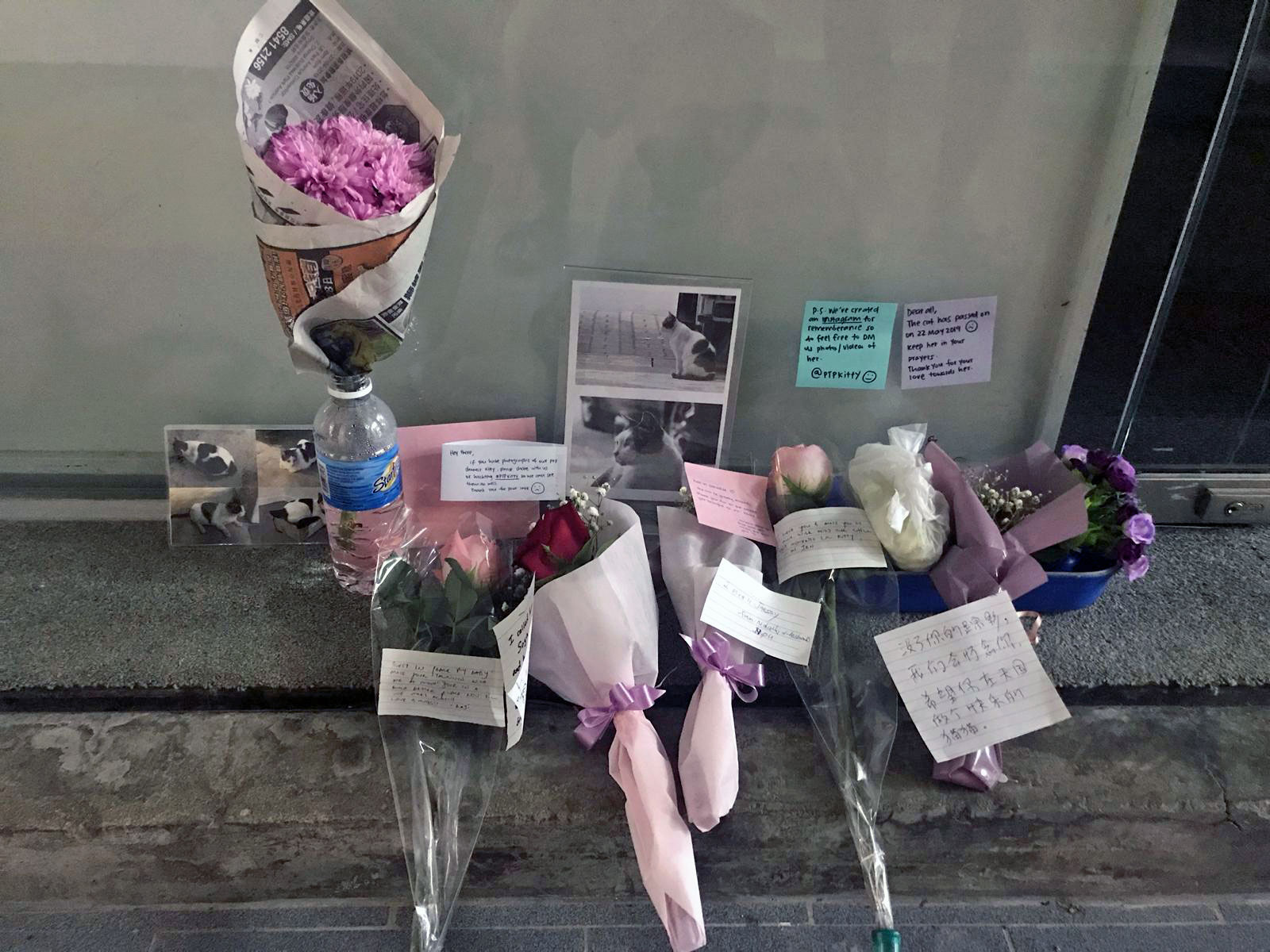 Her passing was announced on a small obituary note on the wall outside the shop: 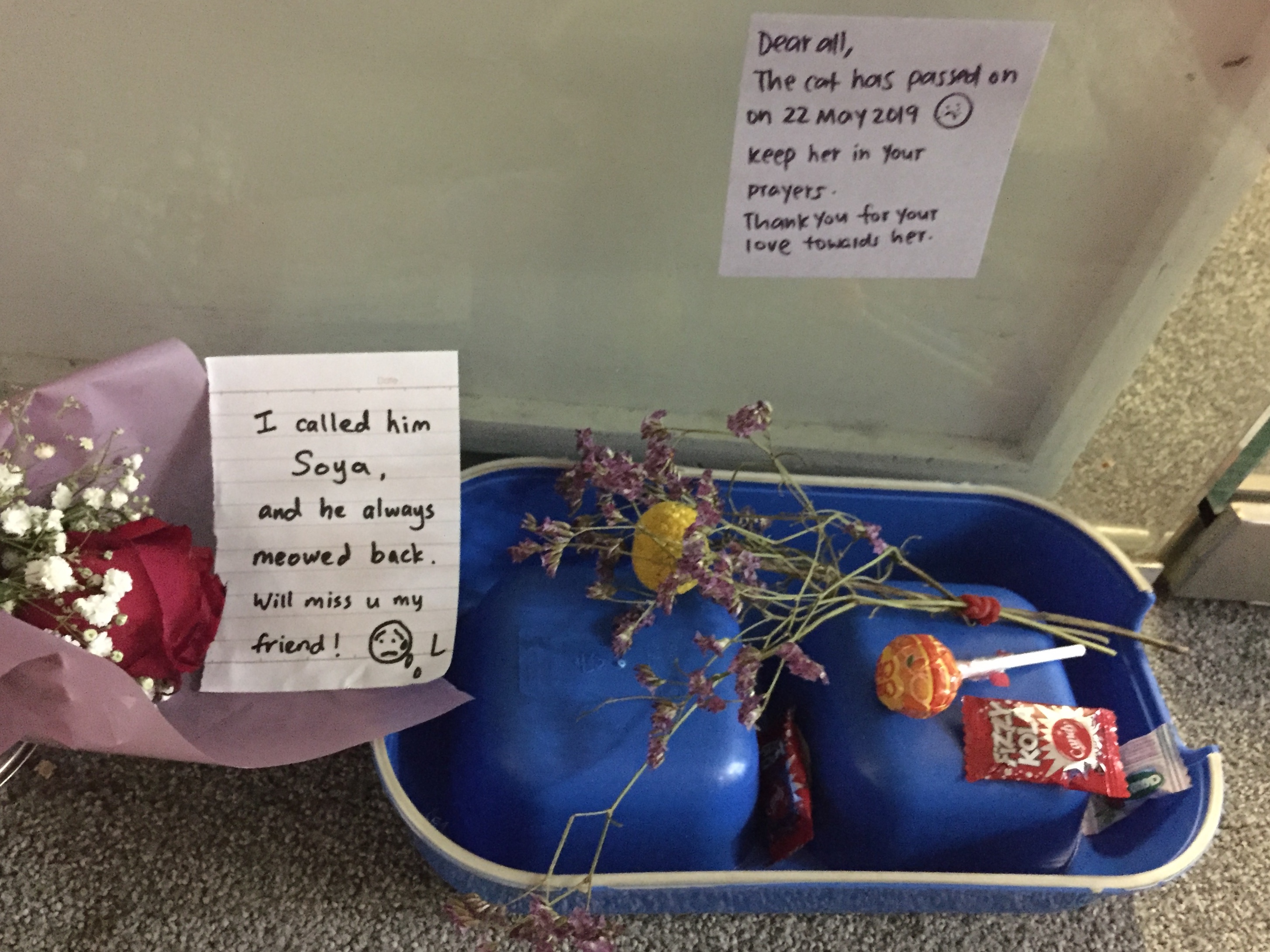 The various tributes showed that the cat was well-loved and affectionate.

Christened various names such as Potong Pasir Kitty, Soya, and Ginger -- even though it was a grey and white cat -- her passing brought members of the cat-loving community together as they had petted, fed and pampered the feline before.

The residents wrote letters and left flowers at the spot the cat used to hang out.

One Mothership reader wrote via email about the magnetic power of the cat:

She was a friendly, approachable kitty who enjoyed pats and head scratches from passer-bys and was well-fed by a few shops/ feeders in the area, which attributed to her roundness! Me and my wife loved her presence and would detour to visit her whenever we were in the area. She was special to us and to many others.

Half a dozen bouquet of flowers, as well as handwritten notes in English and Chinese were left on the ground as tribute over two days after her passing.

I called him Soya and he always meowed back. Will miss u my friend. ?

Another handwritten note in Chinese said:

Without you around, we will miss you so much. Hope you can be a good and happy kitty in heaven.

Besides tributes offline, some residents have taken to social media and posted their own collection of photos of the cat with the #ptpkitty hashtag.

When she asks for food/water 🥰🖤 #rip #ptpkitty

Here are some photos of the cat that resembled a loaf of cat at times, via a cat-lover:

Besides demonstrating that Potong Pasir has cat-lovers, the tributes that have been dedicated to the late cat is proof that the community is tight.

The transient nature of community cats usually means that they can come and go without information being put out about their whereabouts.

The obituary notice appears to be a sign of neighbourliness to keep interested stakeholders informed about a key feature of the community that is now no more.