Parents in Singapore were both alarmed and angry after coming across a Facebook post about an "irresponsible" mother at a playground.

According to Soon, a mother in Singapore had brought her two children with Hand, Foot, and Mouth Disease (HFMD) to a public playground.

In her post, Soon asks the mum to "please be more responsible" and questioned if the parent knew anything about how the disease is spread. 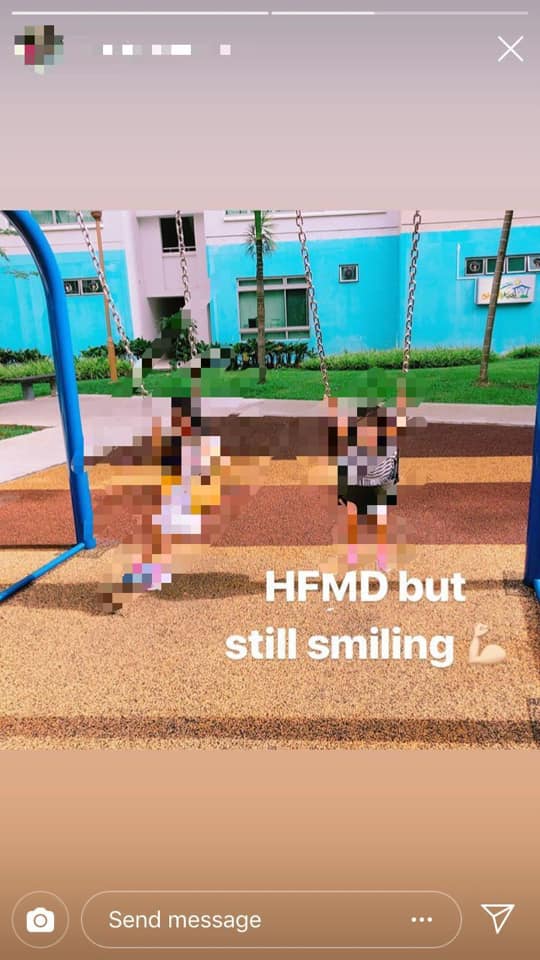 The Instagram handle and children's faces were blurred before being uploaded.

"When your kids have HFMD, please be more responsible. Keep your kids away from playgrounds! I wonder what this mum was thinking. Bringing her kids who have HFMD to the playground and posting it on social media?!? I wonder if people actually know how HFMD is spread. There is a reason why those with HFMD are not allowed to go to school. ??‍♀️

By the way, I got this photo from one of my parenting groups, and the mother’s IG account is public. Photo has been edited to hide the identity of the mother and the kids."

In response, Facebook users have expressed their displeasure at the "irresponsible" parent.

Others felt that the parent needed to know about the consequences of her actions:

One user even identified the place as supposedly Woodlands:

HFMD spreads via coughing, close personal contact, as well as the faeces and bodily fluids of an infected person.

Although adults can also be infected, children below five are particularly susceptible.

This means kindergartens and childcare centres are usually hotspots for the disease.

Those who are infected typically experience, fever, ulcers, and rash/ blisters on their hands, feet, buttocks, and even lips.

You can read about precautionary measures on the Ministry of Health's website.