When Mr Pang Ah Leng first went missing from his home at Choa Chu Kang, his family realised there was something different about him.

The 89-year-old, who wandered away from home on more occasions after that, was then brought back home by others — twice by the police, thrice by private hire drivers and many other times with the help of passers-by, at times as late as 1am.

“Taking care of a parent with dementia can be quite challenging.

There must always be someone to keep an eye on him, else he might wander off again.”

He, along with his siblings, takes turns to take care of their father.

But even with them taking care of their father full time, the younger Pang says it is not an easy task.

Although Teck Chye was not close to his father, his Christian faith helped him gain a newfound sense of responsibility towards the elder Pang.

But Teck Chye admitted that he also lost his temper at the beginning when he first started to take care of his father.

“I've had to give up some of my personal time and the chance to do the things I like to take care of my father.

Being a caregiver is a commitment.”

Was an independent senior

Before Mr Pang got dementia, he moved around independently and did not require any supervision.

He often visited his daughter at Clementi, and gathered frequently with his friends at a coffeeshop there.

However, Mr Pang went missing after attending church one Sunday morning in 2016.

He was only found the next day.

Upon realising the severity of the situation, his family brought him to a doctor.

That was when he was diagnosed with dementia.

However, at that time, Teck Chye and his siblings did not know much about dementia, nor did they know how to take care of someone with the condition.

The panic and sense of helplessness Teck Chye and his siblings felt whenever their father went missing were real.

He said their father has gone missing more than 10 times, and that they have called the police at least five to six times in the past.

Only wanders off if he's dressed nicely

Thankfully, Mr Pang’s condition is a lot better now as compared to before.

He and his siblings found a way to prevent their father from wandering off again:

“We found that he only wanders off if he’s dressed in his ‘nice’ clothes for going out.

So we dress him in his everyday clothes and hide his shoes. That worked amazingly.

He doesn’t wander off anymore.”

Siblings take turns to take care of their father

They also have a system now that enables them to better delegate their caregiving roles among themselves.

As Mr Pang lives with his eldest son, Teck Chye goes over to his older brother’s place on weekdays around 8 a.m. to bring him to a [email protected] Kah North day care centre. Day care services here are subsidised by the government.

Teck Chye goes about his daily work until 4.30 p.m. and then takes Mr Pang back to his home.

That is when Teck Chye has dinner together with Mr Pang and helps him take a shower later.

Teck Chye then takes his father back to his brother’s place where his father stays for the night.

His brother also helps take Mr Pang to the doctor if necessary.

When Teck Chye first started to take care of his father, he asked his church friends to help keep a lookout for the elder Pang in case he goes missing again.

Now, if possible, he would also like his neighbours to help keep an eye on his father too, and let him know should they see him unaccompanied outside.

And with a new mobile app called "Dementia Friends" that was launched on Oct. 25, even complete strangers like you and I can help caregivers like Teck Chye.

It has some handy resources for you to understand more about dementia, as well as the resources and support available.

Once you complete the in-app training course, you will become a “Dementia Friend” -- one of thousands of volunteers around Singapore who can help support families of people with dementia. 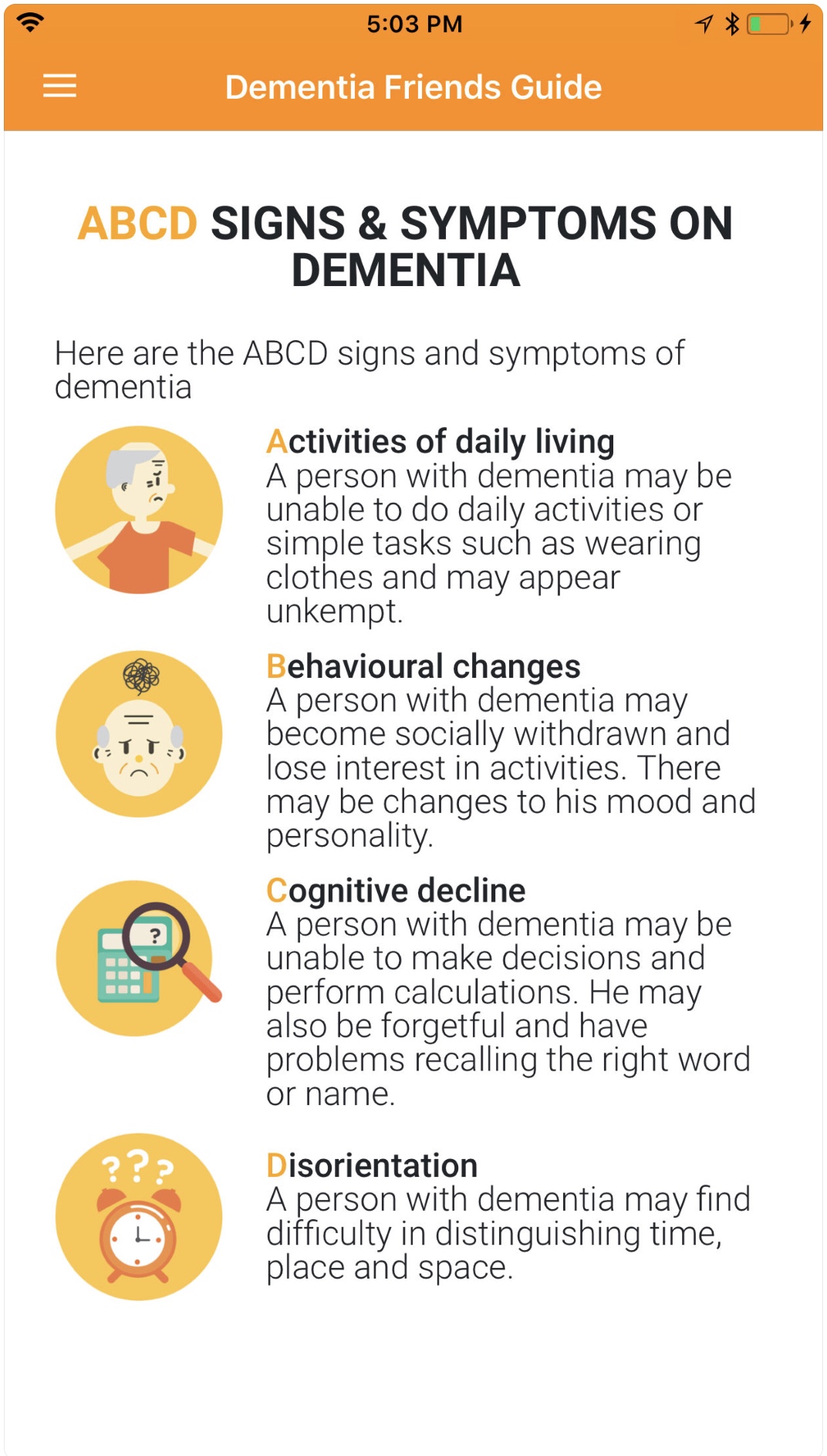 The app lets you know the Go-To Points near your location where you can go and receive further information on dementia.

These places also double up as “safe return” points. If you encounter someone who shows signs of dementia and may be lost, you can lead them to these spots. 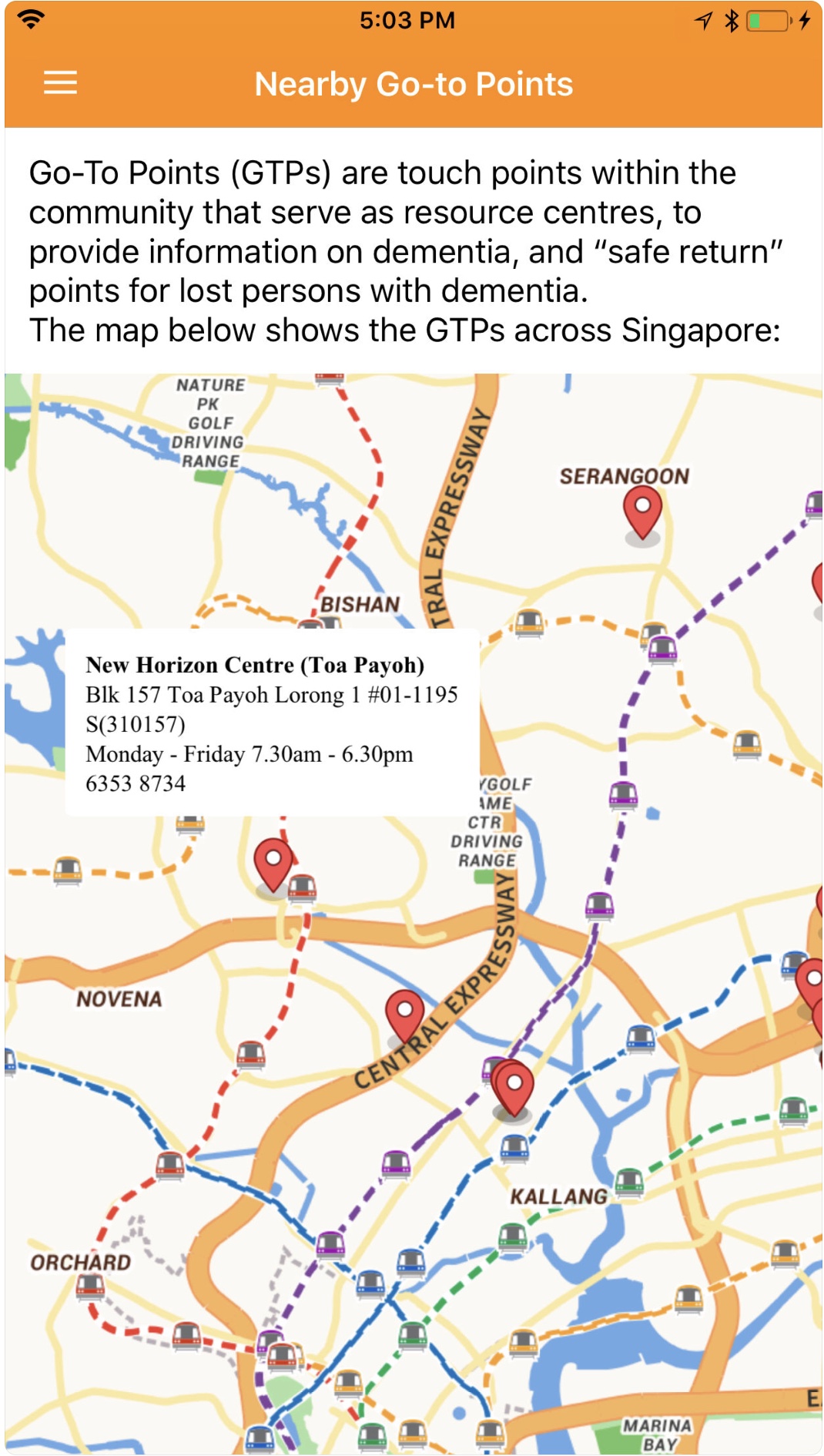 You will also be alerted to cases of people with dementia who have gone missing. If you happen to be out, you can then help keep a lookout for them.

Those who happen to spot the person can input the location where the person was sighted at, and help take him or her to a Go-To Point. 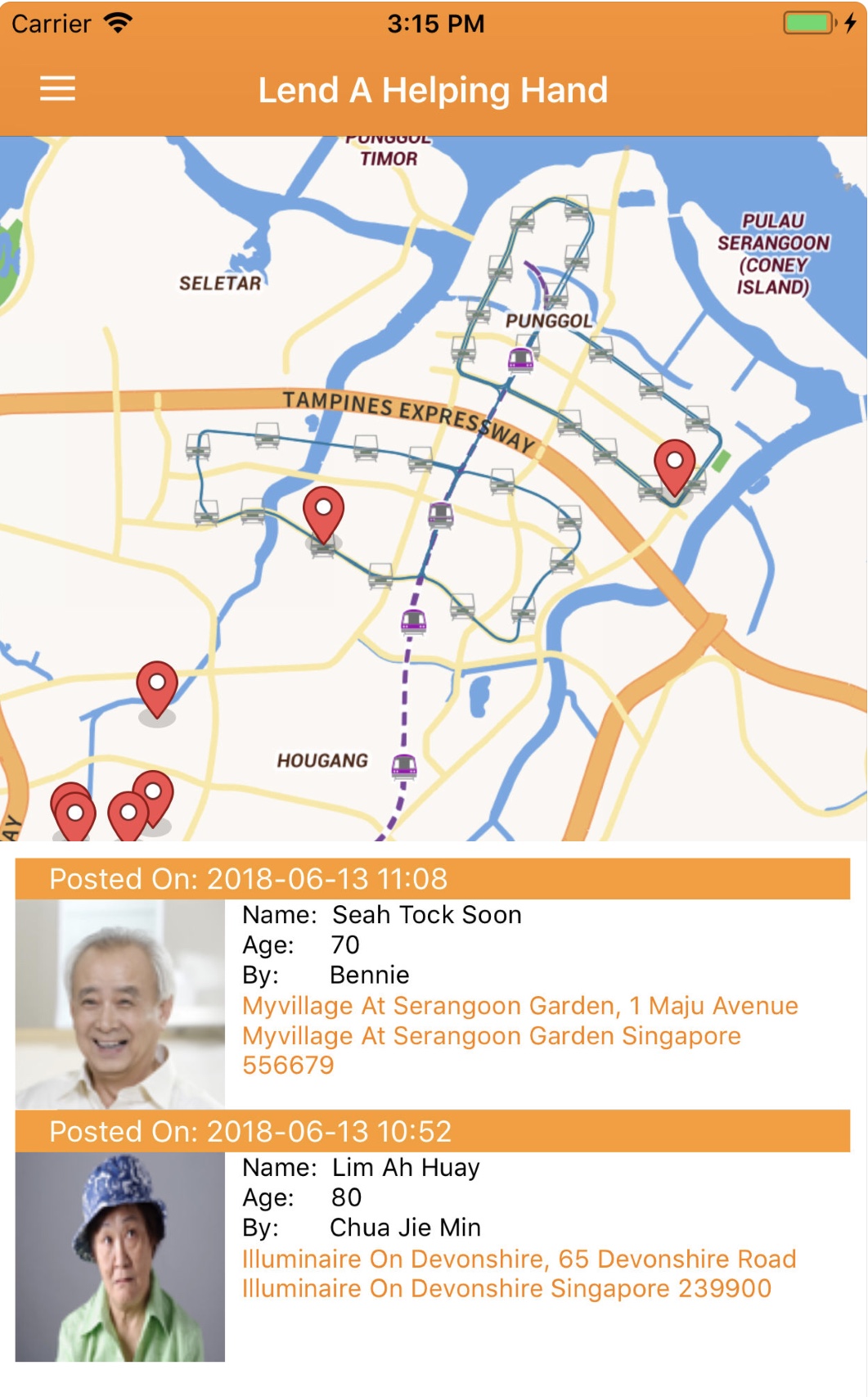 With members of the public lending their support, caregivers like Teck Chye will be better placed to take care of their elderly parents.

This sponsored article is brought to you by Agency for Integrated Care (AIC) which helps support people with dementia and their caregivers, enabling them to age well at home and in the community.