Some folks in Singapore — especially the more vocal ones — these days are increasingly getting slapped with the term "social justice warriors", or SJWs for short.

SJWs are known for their great interest in social issues (e.g. feminism, racism), usually raising a storm where there isn't really one, or simply creating a controversy for the sake of being (self-)righteous.

This is usually done online, in public Facebook posts or comments.

Courtesy of a Facebook user in Singapore who appears to be an esteemed member of this community, a community banner advertising a "No Cleaners Day" initiative appears to have caused unhappiness.

This is the banner in question, which says that on every first Sunday of the month, the cleaners working in Tampines North will not be working: 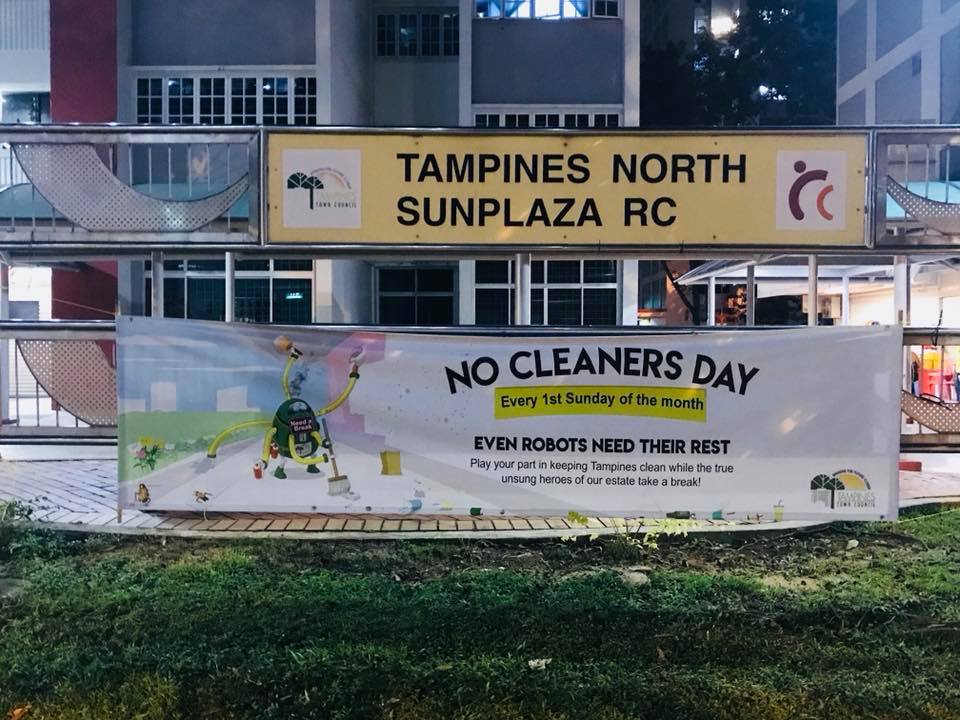 The banner, which appears to be displayed in Tampines North, bears a slogan that reads "Even robots need their rest".

This seems to be the issue at hand, as the Facebook user writes:

A simple and straightforward interpretation of the slogan might plausibly be: even robots need rest — much less humans.

One might even argue that humans are, in this case, placed with greater importance than robots in this case.

A few other commenters expressed their doubts over the Facebook user's concern:

And here's another take by another user, who actually asks quite a good question:

For example: "No Lawyers Day. Even robots need rest".

Whether the Facebook user would have taken issue with that is anyone's guess.