A new electric scooter sharing platform will be available in September 2017 in the heartland and downtown areas.

The e-scooters will cost S$2 for 30 minutes, with the first 10 minutes free.

This new ride is by PopScoot, a Singapore-based company started in April this year.

How it works in real life

PopScoot will run on a bluetooth app-based unlocking system, releasing the e-scooters from their docks via mobile phones.

Depending on the location, the e-scooters can also be deployed without a dock or in a self-charging docked system.

The e-scooters are also supported by a remote immobilisation capability. 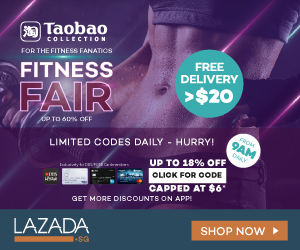 This was after the company launched Singapore’s first e-scooter sharing service with its maiden docking station at Suntec City Mall in early June, and have since introduced stops at Bugis and one-north MRT stations, Ayer Rajah and Biopolis.

On July 9, the company announced their e-scooters were stolen “in the dead of night”.

But they subsequently managed to get all of them back safely, with at least one thief caught by the police.

How it works in theory

This is the idealised version of PopScoot, in a Singapore devoid of humidity and torrential downpours: