This incredibly long text sent from an exasperated girlfriend to her boyfriend might be taking tough love to a yet undiscovered level.

A twitter post by the boyfriend's female friend showed a conversation between the aforementioned boyfriend and his girlfriend.

Her text consisted of 5 grievances she had with the boyfriend.

Her first gripe against her boyfriend, let's call him James, was that he was too emotional. The girlfriend, lets call her Lucy, felt it was unbecoming of a non-gay man to be so emotional.

The 2nd misgiving Lucy expressed was the seeming lack of intelligence James displayed in his day to day activities. 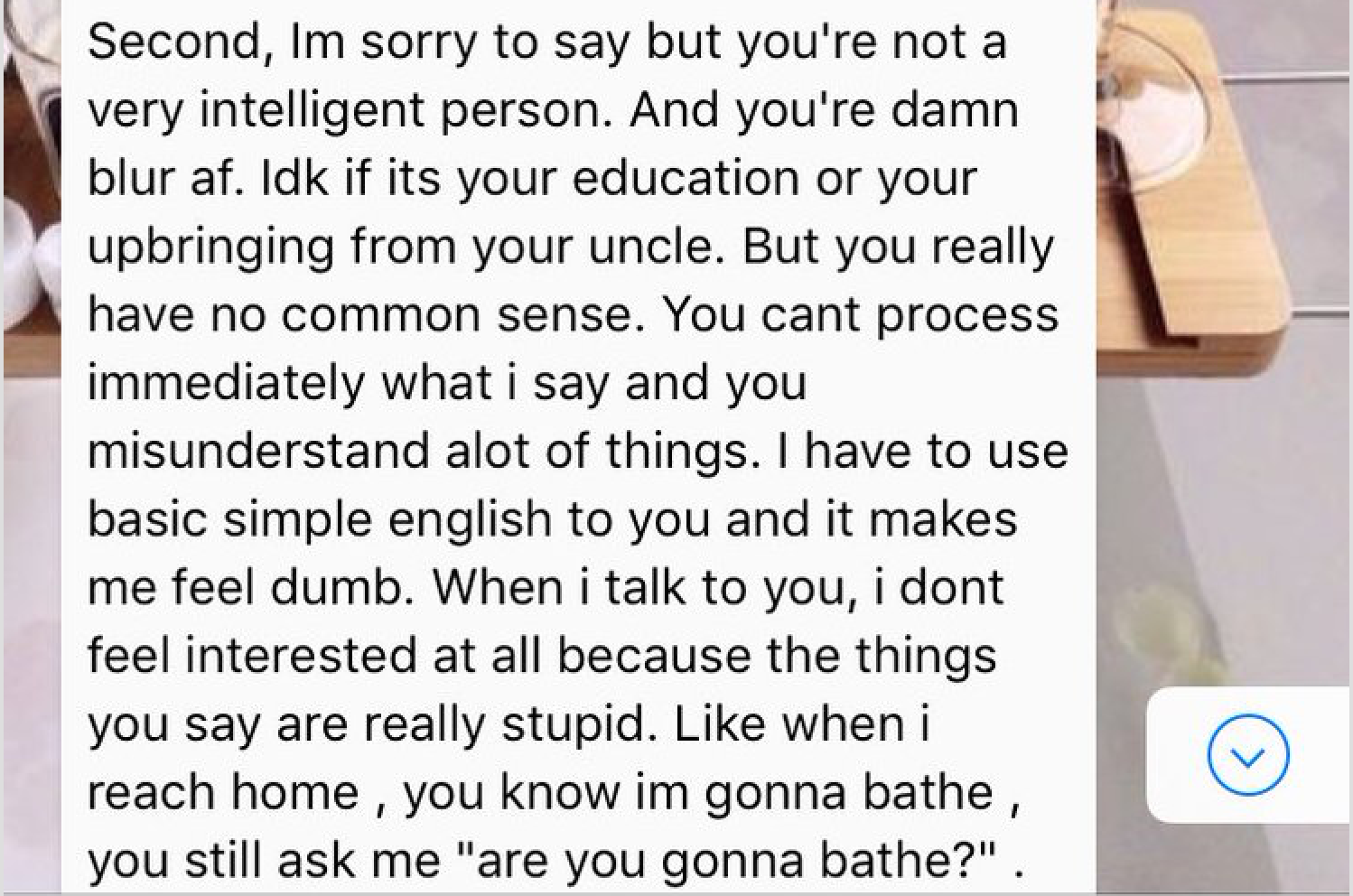 Basically she took issue with him asking what she deemed were redundant questions.

The 3rd point seemed to be an extension of the 2nd point.

This time, she focused on his use of singlish. 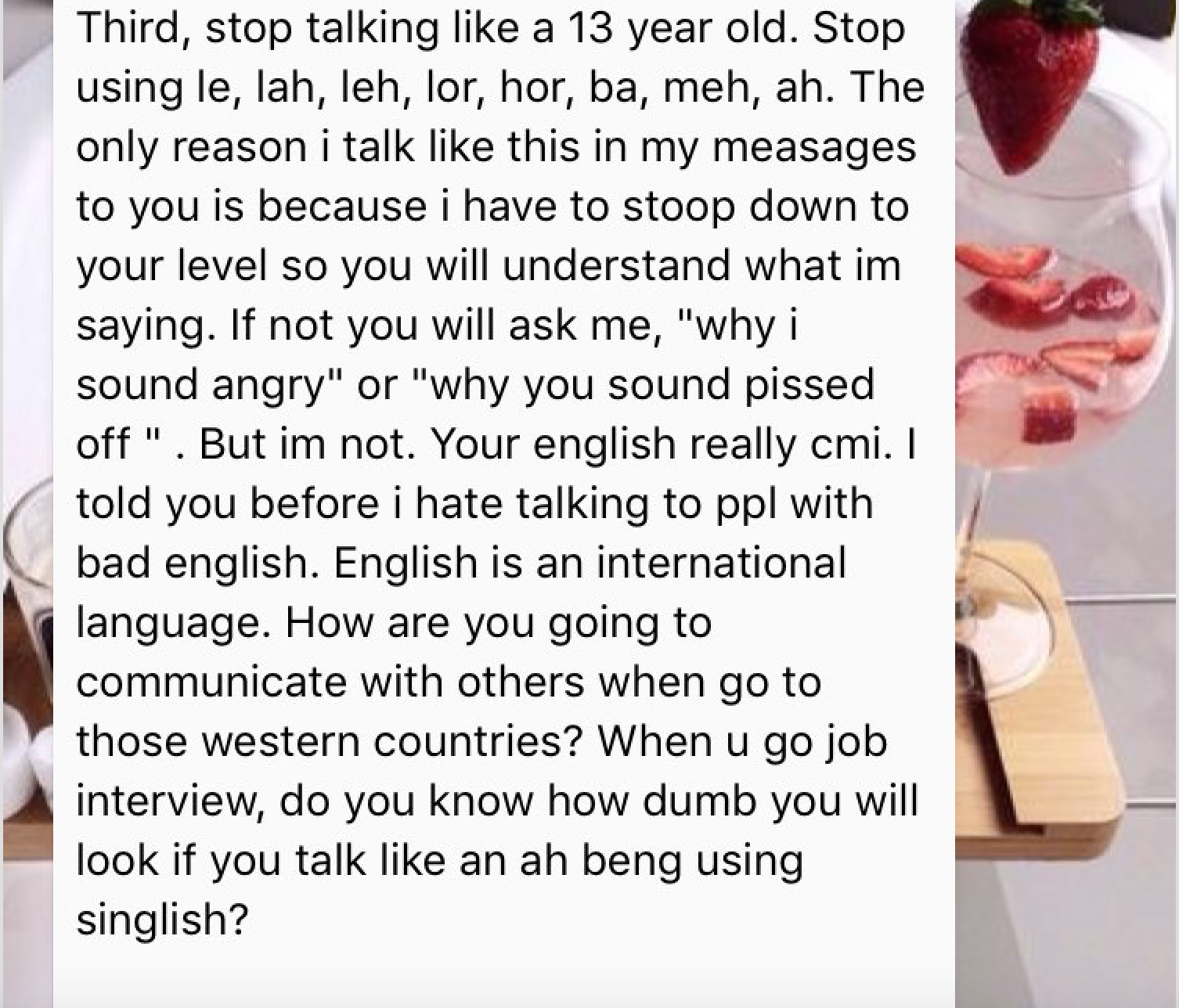 Next on her list was the issue of insecurity, and the supposed importance he placed on the relationship. 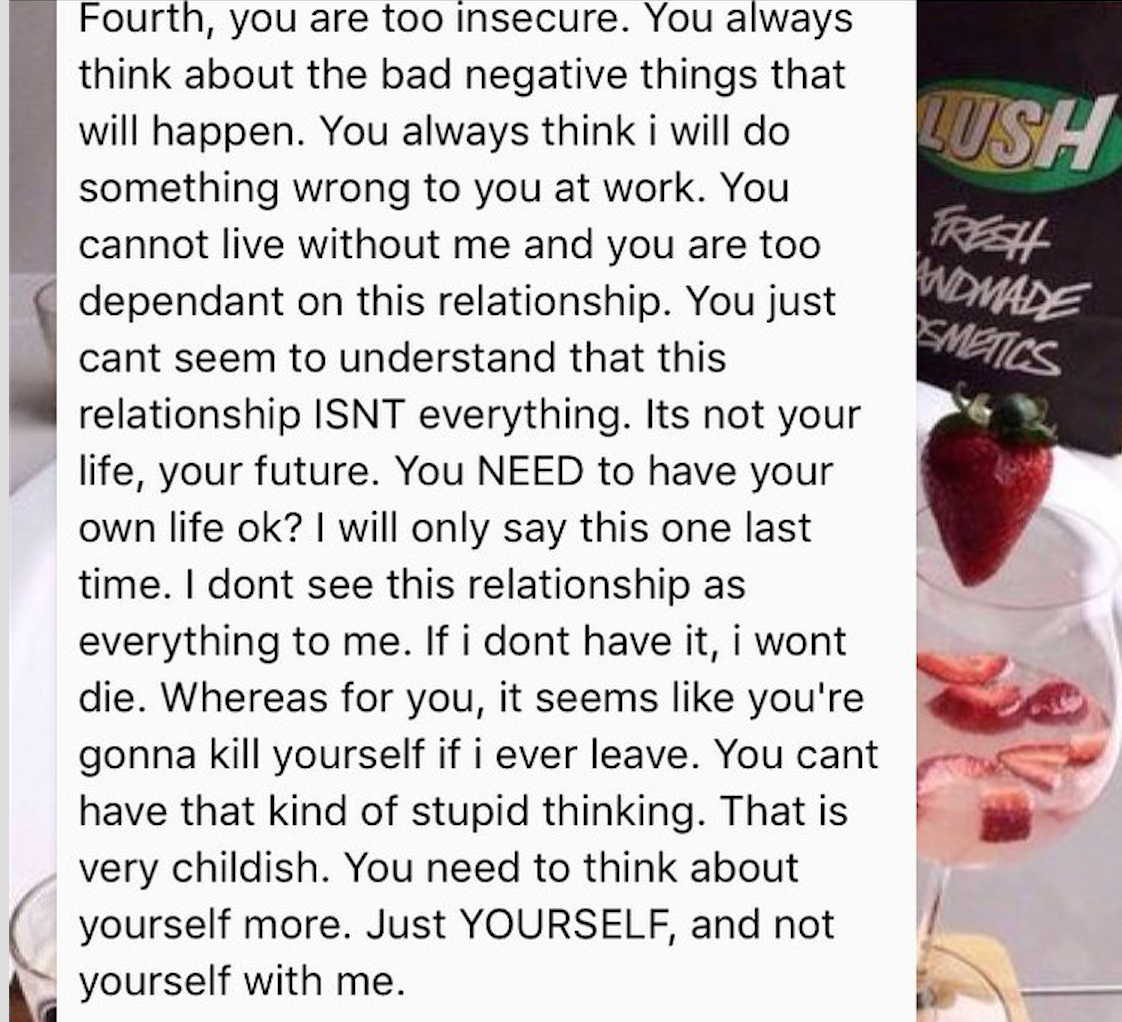 Lucy seemed to feel that James had become rather clingy in the context of their relationship.

Again, this seems to be an extension of point 4. 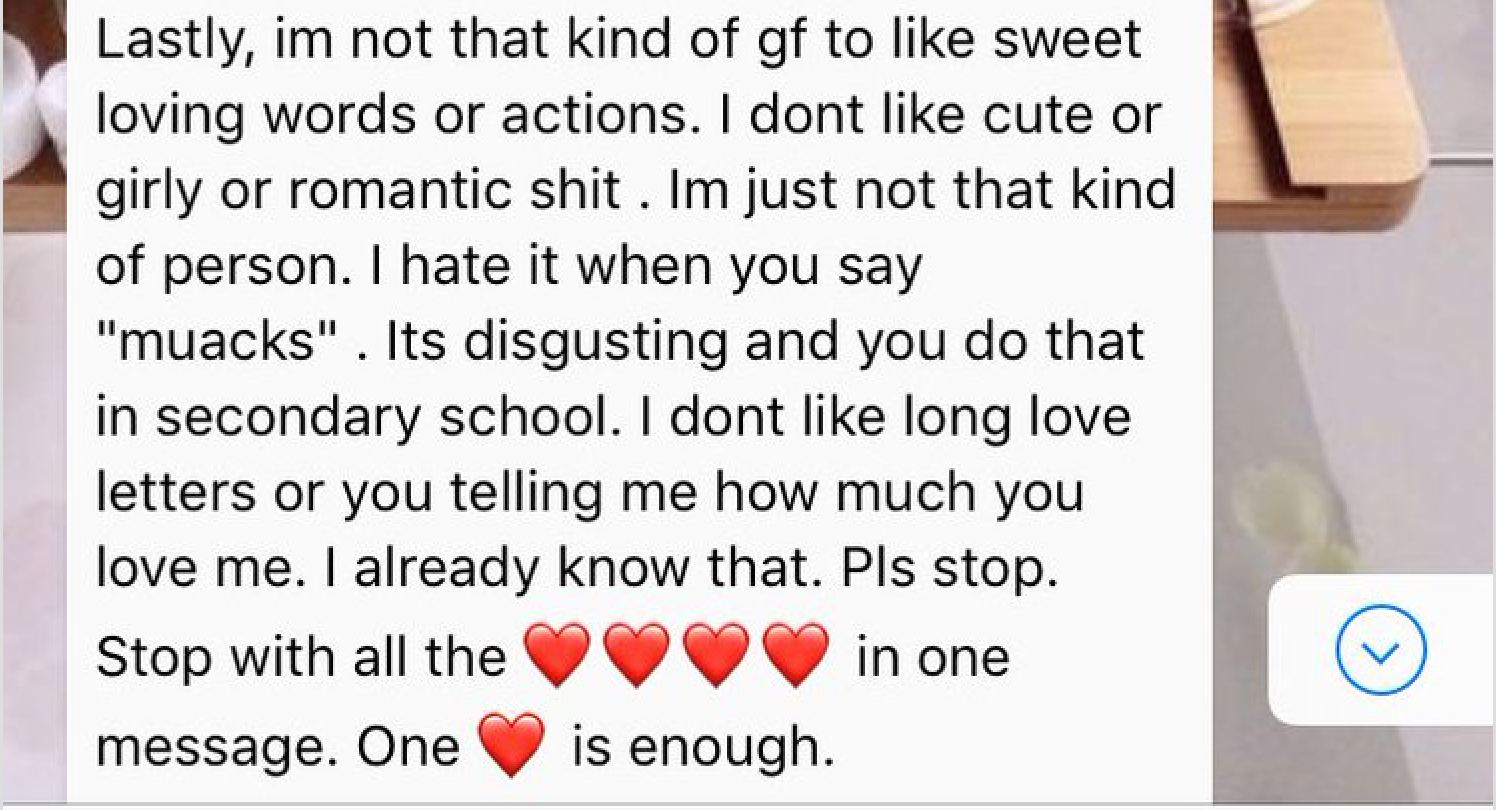 Basically, too many emojis.

Those were the 5 points dealt with in the first part of the tweet.

The 2nd part of the tweet served as more of an in-depth look inside the origins, and issues in the relationship.

Most prominently, the issue of how different cultures might find it tough to get along.

For example, the choice of using Singlish, or broken English is a huge red flag for Lucy, who might not have been entrenched in it. 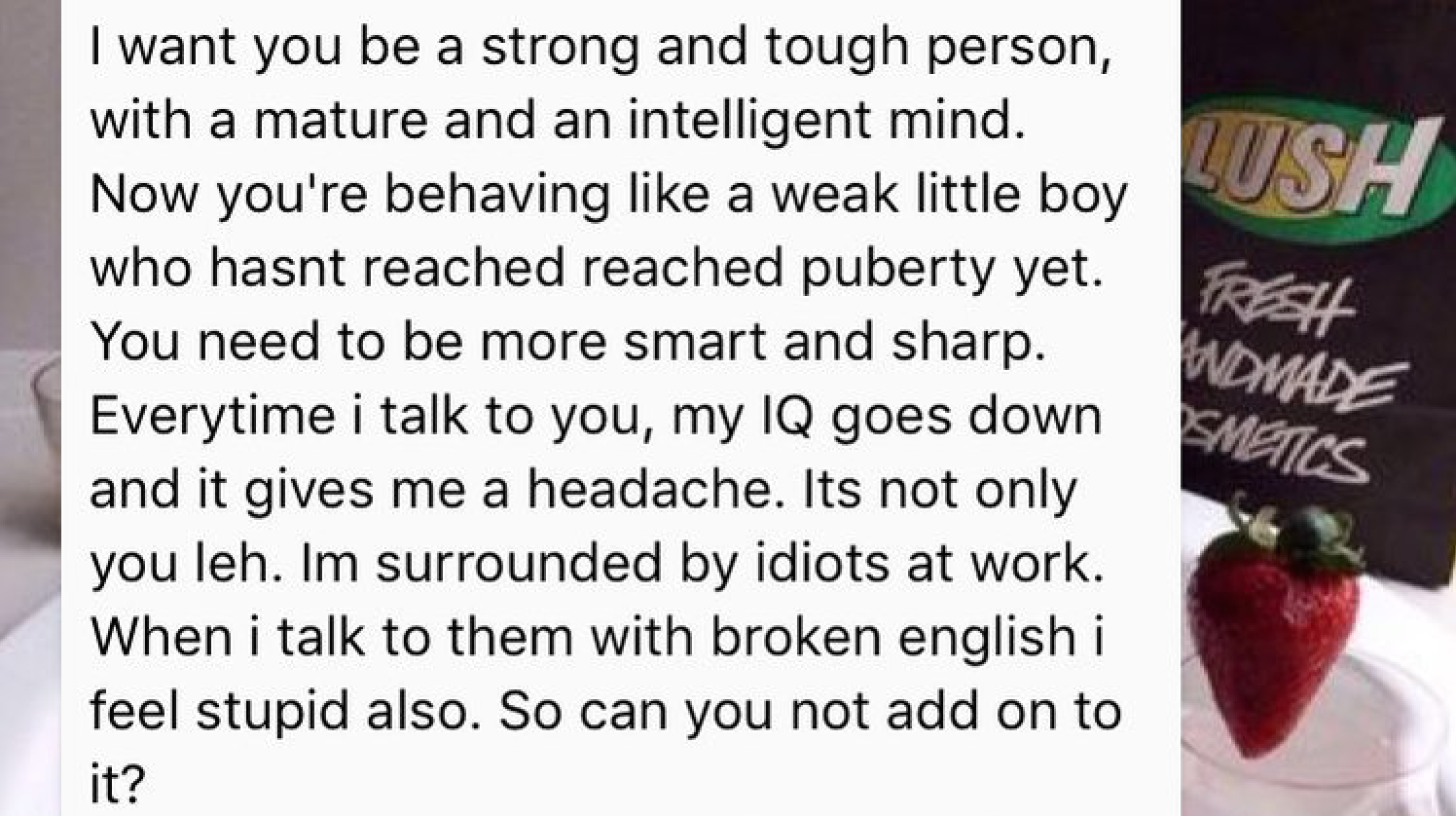 Before touching on the issue of their very different upbringings.

And her western environment. 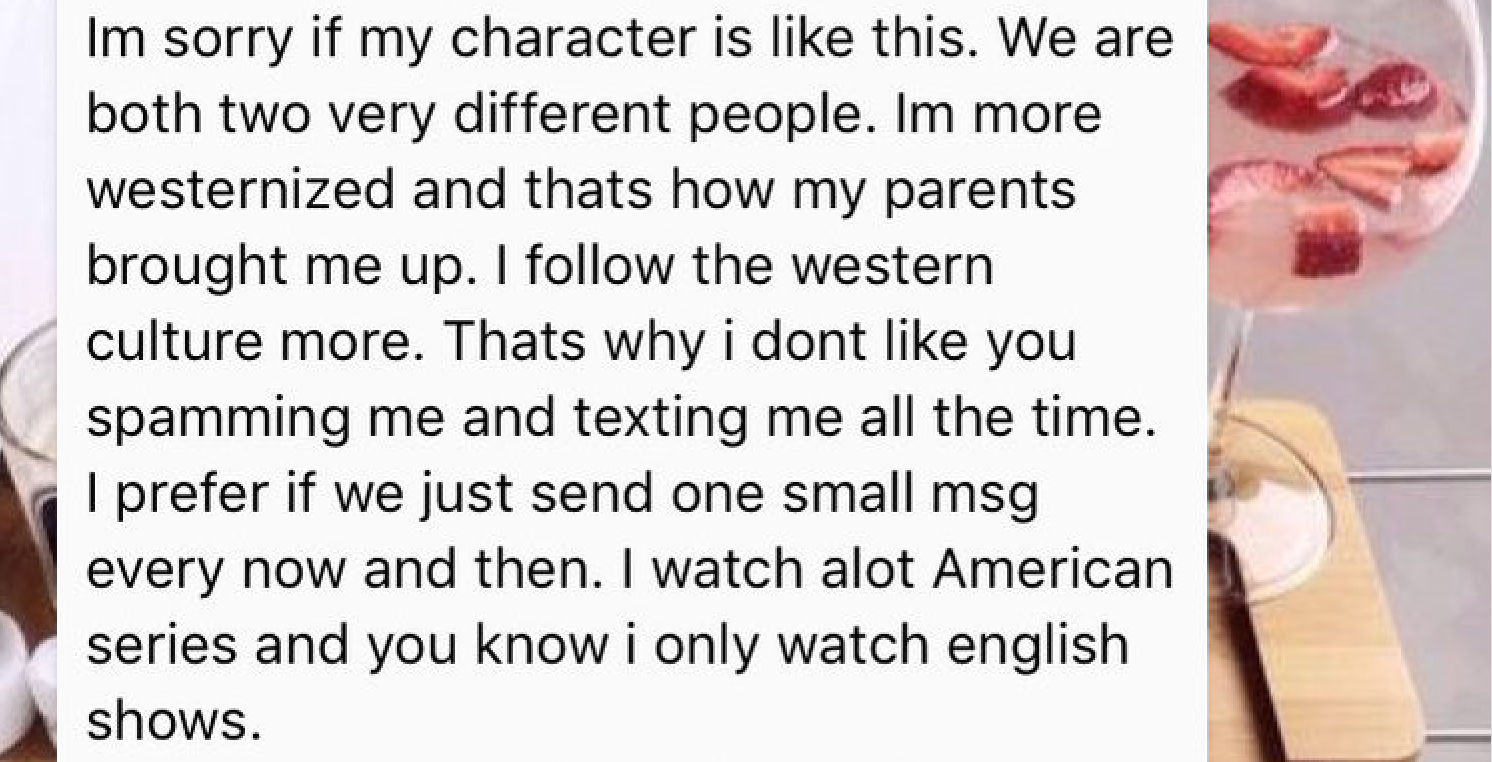 Before finally rounding off with a justification of her tone in these texts, and a Yelp like recommendation. 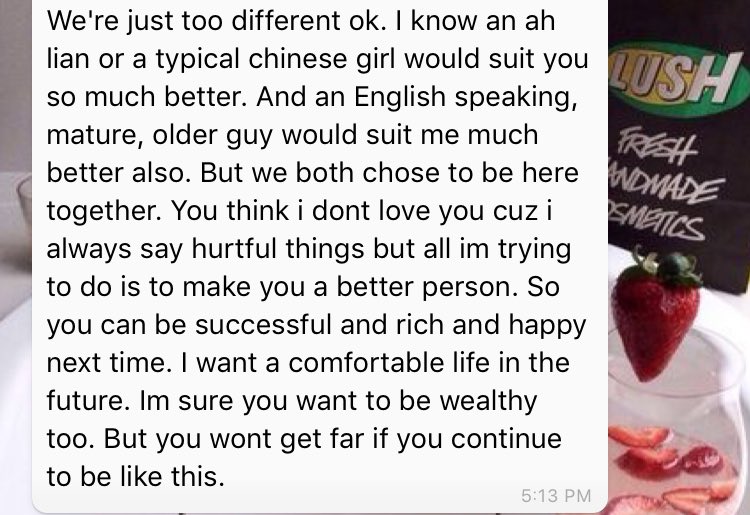 An English speaking, mature, older guy for her. An Ah Lian or typical Chinese girl for him.

And they lived happily ever after.

Step aside, influencers. These are the real influencers who have been disrupting industries with MNCs.