A seemingly-unattended van caught fire and was engulfed by flames in Little India on Thursday morning, Jan. 12.

The incident happened at the junction of Birch Road and Serangoon Road, with the van being parked right beside the Masjid Angulia:

The Singapore Civil Defence Force told Mothership.sg that they were alerted to the fire at 8:30am, and dispatched one fire engine, two red rhinos and two fire bikes to the scene.

A Mothership.sg reader sent the following videos and photos of the burning vehicle at the scene:

Here are the SCDF officers extinguishing the fire:

Check out the height of the plumes of smoke the fire generated: 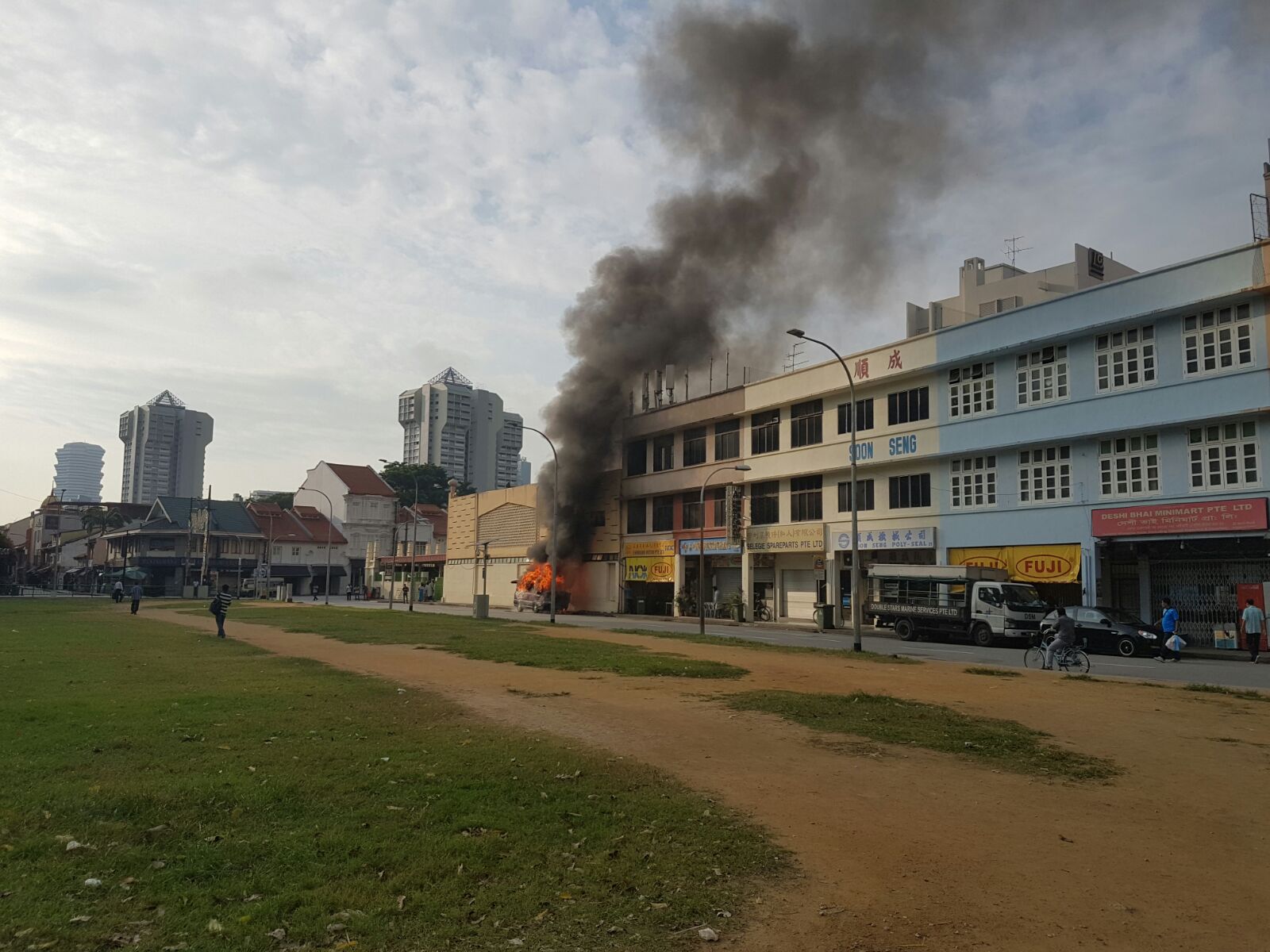 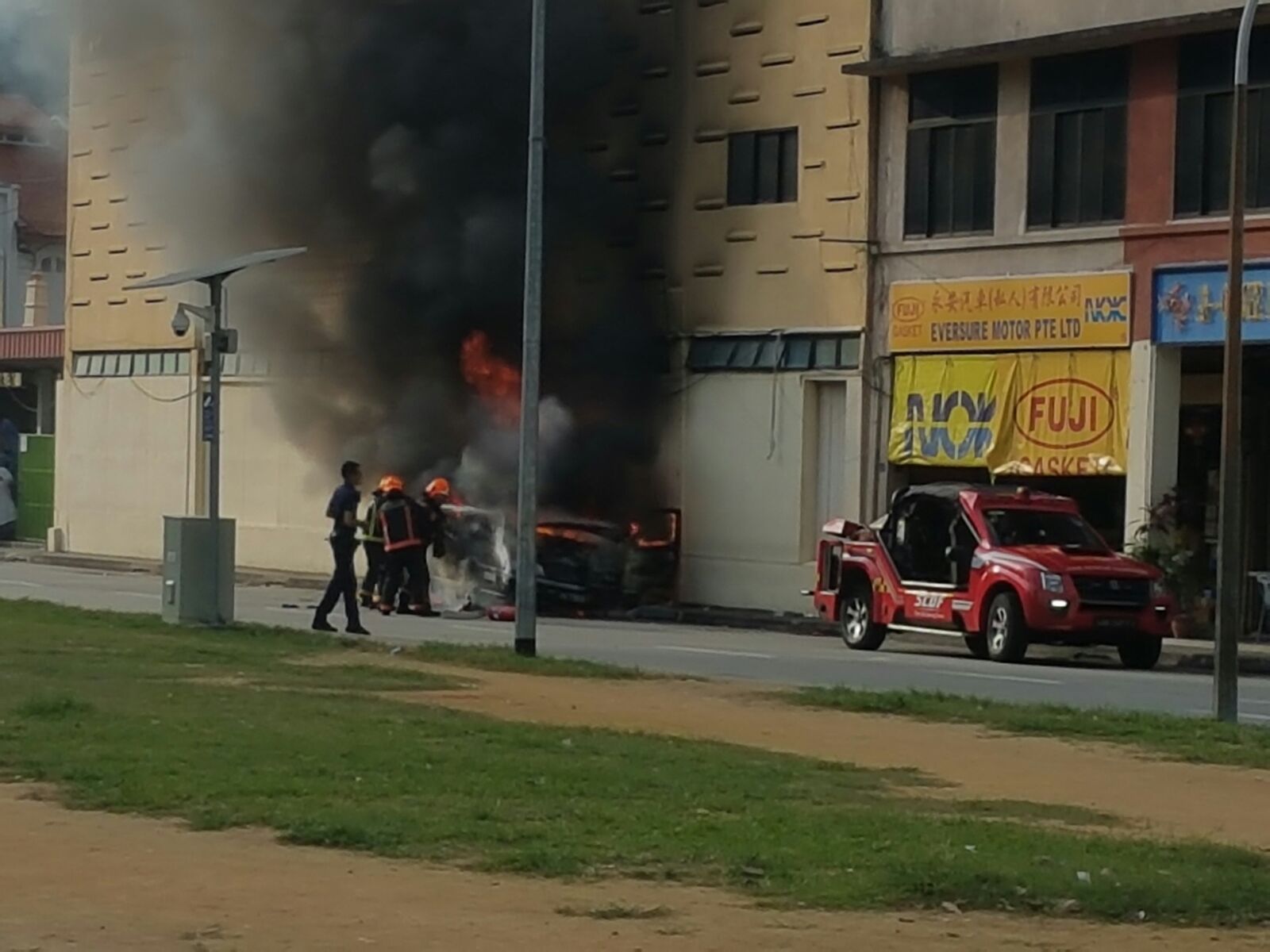 The SCDF also told Mothership.sg they're investigating the cause of the fire.