A Facebook post circulating a photograph supposedly showing a little girl sleeping outside an office building in Singapore, has been called out as fake.

The post in question was put up by Jafri Basron, a man who has 820 followers on Facebook and calls himself a "Civil Right Activist". The post had over 60 shares and here are some reactions: 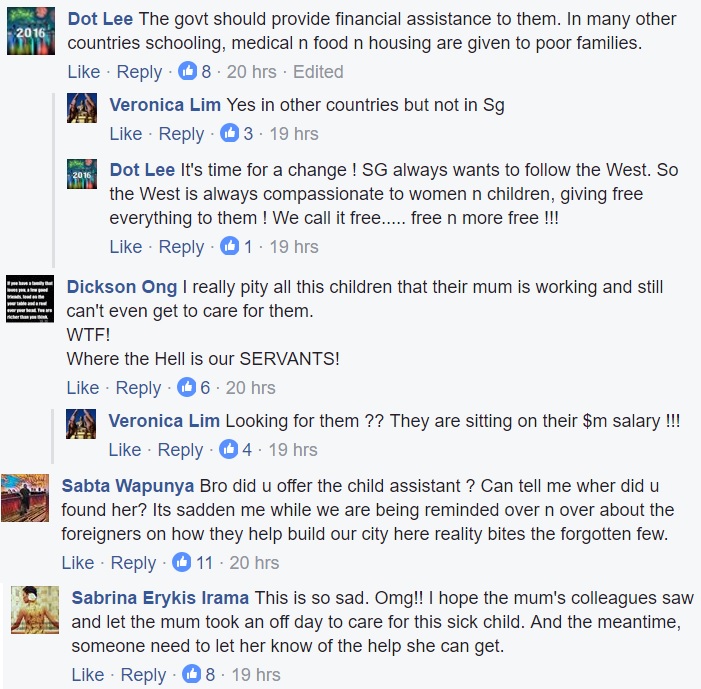 When one netizen questioned why Jafri did not offer help but took a photograph instead, the man responded: 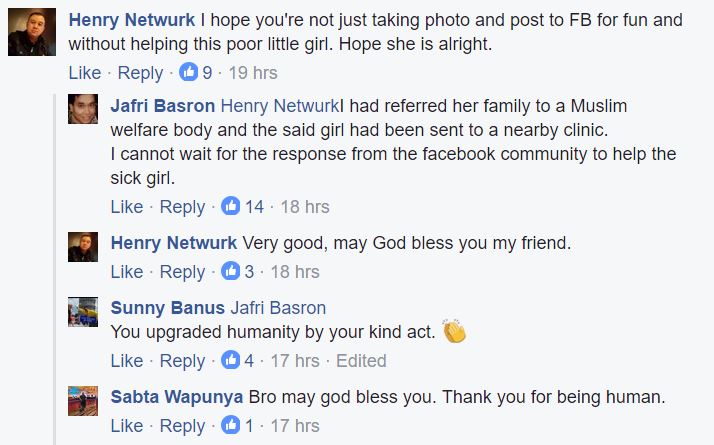 Several comments on the Facebook post subsequently pointed out that this photograph was actually taken in Malaysia. 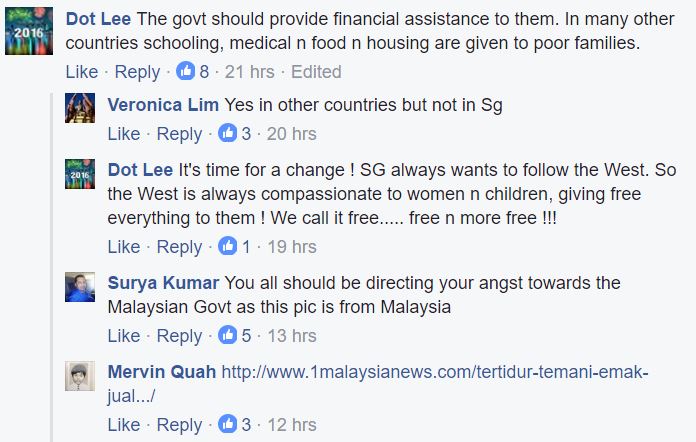 A 2014 article from 1 Malaysia News carried the photograph which was supposedly taken in Penang. The article explained that the girl looked to have a fever and was accompanying her mother who was selling kerepek, a fried snack.

Jafri last made the news when he shared his supposed exchange with Amrin Amin, Home Affairs Parliamentary Secretary and Member of Parliament for Sembawang GRC: Which prompted a response from the MP: 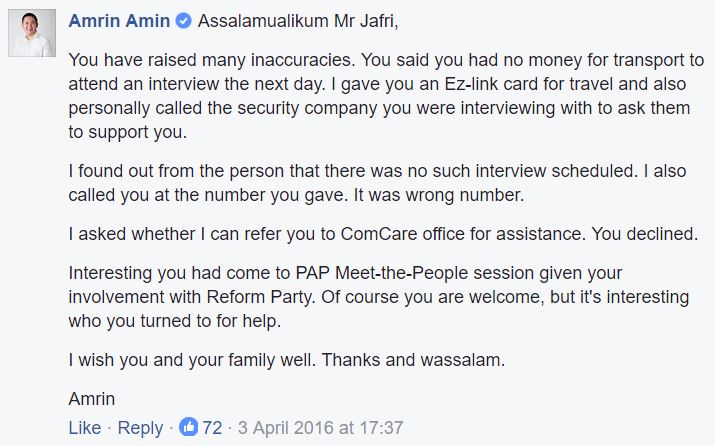