What would you do if your car was used as a ramp for kids to pull off bicycle stunt jumps off of?

Most car owners in Singapore who sink in more than $50,000 on COEs alone would probably want the kid jailed or spanked really badly, but not Aaron Rylan.

On Saturday, Aaron shared a video of his in-car camera which showed a boy using his car as a stunt ramp. The video has garnered over 200,000 views with most netizens screaming bloody murder. In the video caption, Aaron asked for adults to teach their kids to think before committing such acts and hoped to settle the damages privately.

Before we go further, here's the video of the kid pulling of the X-games stunt:

A day later, Aaron met with the kid and from the look of things, the issue was settled amicably. Aaron uploaded a photograph of him with the cyclist and a Lamborghini (presumably the ramp-car) with the hashtags #Biking and #Respect: 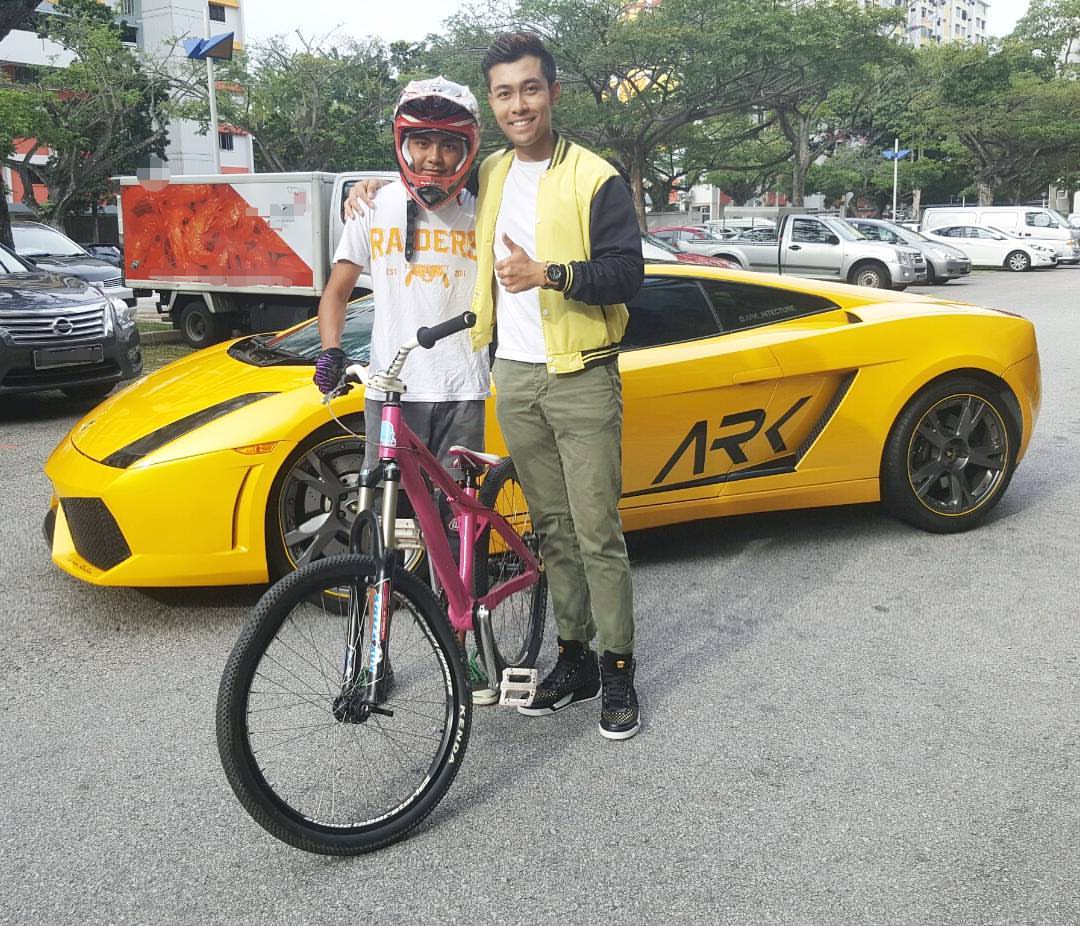 Here's the full caption of what he said:

Hello Everyone, Izzad Adnaff and Myself Just Had A Good Catch Up Session!

Issue has been resolved Privately?

I would like to seek everybody's Attention to kindly Respect Mr. Izzad and His Family after The Said Video Had Gone Viral

Let's All Move On, Please!

Thk you everyone. Please SHARE and Spread the LOVE!?