If you had a lazy Sunday, or decided to disconnect from the Internet for a day, you might not even have noticed the latest "blink and you miss it" Internet saga.

Truyen, like most people, really wanted to play Pokemon Go. For those who don't know what Pokemon Go is, it's basically Pokemon mixed with Google maps.

Here's the problem though, Pokemon Go isn't available in a few countries yet, with one of them being Singapore.

Which resulted in this outburst from Truyen.

And a response from a Singaporean who took offence with that characterisation, culminating in an intense back and forth. 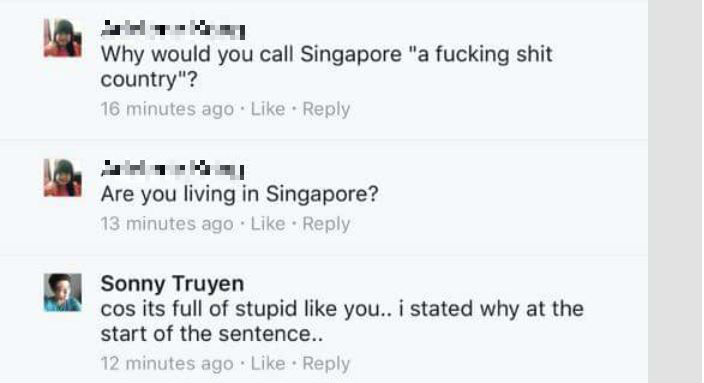 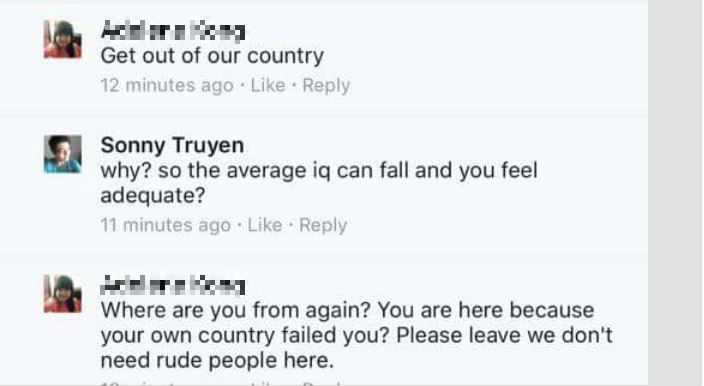 The last point made by the Singaporean proved eerily prescient, as netizens quickly sourced out his place of work.

Truyen had previously worked in Australia and Malaysia prior to moving to Singapore to work in 99.co this year.

99.co is a map based, real estate portal founded in 2014 by 4 co-founders, one of them being Darius Cheung (He'll come into play later).

Here is where the speed in which the Internet works is established, now remember all of this took place over the course of a single day.

Usually companies put out a statement acknowledging the transgressions of their employees before conducting internal investigations in a less hurried manner.

Their blog was updated after midnight to inform netizens that Truyen had been terminated from his contract.

The post was written by Darius Cheung, the aforementioned CEO of 99.co.

You can read the statement here, but Cheung gave a more succinct version of the announcement on local forum, Hardware Zone, where the anger had been most evident.

15 years of reading HWZ forum and finally signed up for an account!

And yes i am the one who hired Sonny as an SEO consultant. (and yes, he has been terminated immediately)

Thank you for everyone’s reaction, I am a proud Singaporean too and I apologise for the incident.

IMHO, you have every right to be angry at this incident and Sonny specifically, I am too.

But I also sincerely hope that we would not generalise this to be a sweeping discrimination against Australians or Vietnamese or FT. We are better than that as a society!

Truyen has suspended all of his social media accounts.

And all of this in just one (sun)day.